A majority in the Democratic Republic of the Congo’s lower house of parliament filed a motion of no confidence in the prime minister, a move likely to force the government’s collapse and hand President Felix Tshisekedi a big political victory.

The motion, which lawmaker Chérubin Okende said on Friday carried the signatures of more than 300 of the National Assembly’s 500 members, gives Prime Minister Sylvestre Ilunga Ilunkamba 48 hours to resign or face a no-confidence vote.

Last month, Tshisekedi moved to end a coalition formed with his predecessor Joseph Kabila that has constrained Tshisekedi’s authority since he took office in January 2019. Since then, he has persuaded scores of MPs to defect from Kabila’s alliance, which had previously controlled the majority in parliament.

While Tshisekedi’s new political grouping, known as the Sacred Union, has yet to formally take over the majority, which requires a separate declaration, Ilunga’s political fate appears sealed.

“The majority of the National Assembly is in favour of the departure of the prime minister,” Okende, one of the motion’s authors, told Reuters news agency.

If his allies do emerge with a parliamentary majority, the president would be able to nominate a cabinet of his choosing after two years in which Kabila’s allies have dominated the important ministries, stalling Tshisekedi’s agenda.

It would also free Tshisekedi’s hand to nominate a head of the electoral commission and a new central bank board, a precondition for badly needed assistance from international donors.

But political analysts say behind-the-scenes horse-trading by Tshisekedi’s new allies may point to the swapping of one political elite for another rather than substantive change.

“At best we gain a few months before the next crisis without any real change at the level of governance. At worst, we are heading towards something … worse,” said Jean Claude Mputu, a political scientist at the University of Liege. 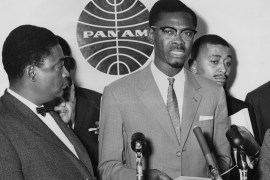 President Felix Tshisekedi pays tribute to firebrand politician at Kinshasa site where memorial is to be installed. 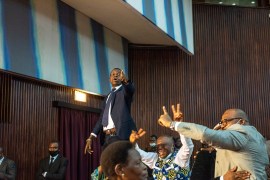 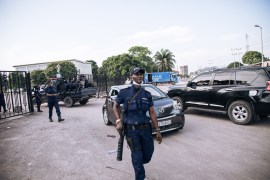