Russian authorities have arrested several of Alexey Navalny’s closest allies, including the leading Kremlin critic’s spokeswoman, ahead of planned weekend protests over his recent arrest.

Navalny, President Vladimir Putin’s most prominent opponent, was arrested on January 17 and later jailed for alleged parole violations after flying back to Russia for the first time since being airlifted to Germany in August following an alleged poisoning he blames on the Kremlin – an accusation it denies.

His allies plan to hold demonstrations against his detention in towns and cities nationwide on Saturday in what could be Russia’s largest protests in years.

But on Thursday, several close Navalny associates, including prominent activist Lyubov Sobol and his spokeswoman Kira Yarmysh, were arrested for calling on Russians to join the demonstrations.

On Friday, a Russian court ordered Yarmysh be held in custody for nine days.

The ruling came as the Kremlin said the planned nationwide protests were illegal and were being promoted by people it called provocateurs.

Prosecutors have warned Russians against taking to the streets during the coronavirus pandemic, while the state communications watchdog cautioned social media platforms – including video app TikTok – against encouraging minors to participate in the rallies.

Many Russians took to social media – including TikTok and even dating app Tinder – to voice support and urge a large turnout on Saturday in the wake of Navalny’s arrest.

A number of public figures – including those who usually steer clear of politics – have also spoken out in support of the jailed opposition figure.

Police in the capital, Moscow, meanwhile said they would crack down on any demonstrations in support of Navalny.

“Attempts to hold unsanctioned public events, as well as any provocative actions on the part of their participants, will be regarded as a threat to public order and immediately suppressed,” Moscow police said in a statement on Friday.

Navalny’s associates urged Russians to take to the streets despite the warnings and promised financial help to protesters given fines on Saturday.

“Putin is doing everything to intimidate you,” Ivan Zhdanov, the head of Navalny’s Anti-Corruption Foundation, wrote on Facebook.

Prior to her arrest, Yarmysh had recorded a video also urging a large turnout on Saturday. “Our future literally depends on the number of people who take to the streets,” she said.

The developments came after Navalny on Tuesday published a corruption investigation into a lavish, $1.35bn property on Russia’s Black Sea coast that he alleged was owned by Putin.

The two-hour video report – in which Navalny describes the vast estate as a “state within Russia” in which Putin is “tsar” – has been viewed more than 50 million times since its release, becoming the Kremlin critic’s most-watched YouTube investigation.

Navalny has repeatedly led large-scale street protests against Putin in the past, including in 2011 and 2012 when tens of thousands of people took to the streets to protest widespread claims of electoral fraud in parliamentary elections.

The last time mass protests took place in Moscow was in 2019 when Navalny’s allies and a host of other opposition politicians were barred from running in local elections. 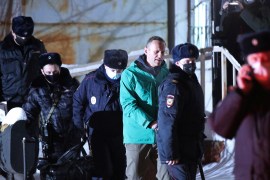 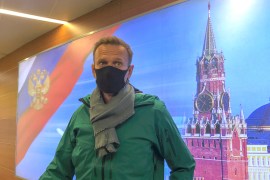 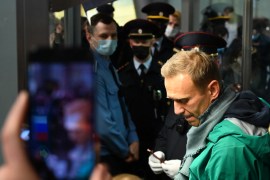 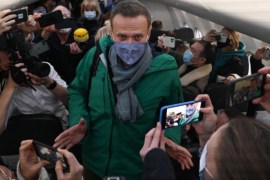