World leaders and diplomats have welcomed newly elected US President Joe Biden’s decision to rejoin the 2015 Paris agreement, with the new administration likely to pursue a more ambitious environmental agenda, including global warming.

In one of his first acts as president, Biden issued an executive order on Wednesday to bring the United States, the world’s second-largest greenhouse gas emitter, back into the global treaty committing nearly 200 countries to halt rising temperatures quickly enough to avoid disastrous climate change.

“A cry for survival comes from the planet itself,” Biden said in his inaugural address. “A cry that can’t be any more desperate or any more clear now.”

Former President Donald Trump withdrew the US from the Paris accord last year but its role as a heavyweight in global climate negotiations had already stalled with the 2016 election of Trump – who once described climate change as a “hoax” and asserted that the accord was an economic burden.

UN climate negotiations have stuttered since then, with multiple summits failing to deliver ambitious action.

“With all countries fully engaged, we have a real opportunity to prevent climate catastrophe & embark on transformative climate action,” Guterres said on Twitter.

I warmly welcome @POTUS Joe Biden’s steps for the USA to re-enter the #ParisAgreement, the global roadmap to tackle the climate emergency.

With all countries fully engaged, we have a real opportunity to prevent climate catastrophe & embark on transformative #ClimateAction.

The UN leader also warned on the urgency of addressing the perils of climate change. “The climate crisis continues to worsen and time is running out to limit temperature rise to 1.5 degrees Celsius [2.7 degrees Fahrenheit] and build more climate-resilient societies that help to protect the most vulnerable,” he said.

“Welcome back to the Paris agreement,” greeted French President Emmanuel Macron on Twitter. “We will be stronger to face the challenges of our time. Stronger to build our future. Stronger to protect our planet,” he added.

To @JoeBiden and @KamalaHarris.
Best wishes on this most significant day for the American people!
We are together.
We will be stronger to face the challenges of our time. Stronger to build our future. Stronger to protect our planet. Welcome back to the Paris Agreement!

UK Prime Minister Boris Johnson called Biden’s move a “hugely positive news”, adding on Twitter that he looks forward “to working with our US partners to do all we can to safeguard our planet” in the run-up to the 26th UN Climate Change Conference to be held in November this year.

President @JoeBiden rejoining the Paris Agreement is hugely positive news. In the year we host @COP26 in Glasgow, I look forward to working with our US partners to do all we can to safeguard our planet.

“We have a common investment in the international rules-based order and I welcome President Biden’s intentions for the US to re-join the Paris Agreement and halt its withdrawal from the World Health Organization,” Arden said in a statement.

“President Biden’s message of unity as he takes office is one that resonates with New Zealanders and, on behalf of New Zealand, I wish him well as he begins his presidency,” she added.

Germany’s Federal Minister for the Environment Svenja Schulze reminded that the US is responsible for 15 percent of global carbon emission, hoping that under the new administration the US and the European Union “will once again become a driving force in international climate protection”, she said on the social media platform.

Translation: USA are responsible for 15% of global CO2 emissions. That’s why I hope from Joe Biden and Kamala Harris that under the new government the USA and the EU will once again become a driving force in international climate protection.

China, whose US relations nosedived due to widespread frustration in Washington over its human rights record and accusations of technology theft, expressed cautious hope about the change in the White House.

Biden “understands the importance of cooperation among nations”, said former Colombian President and Nobel Peace Prize winner Juan Manuel Santos, who left office in 2018. “As a matter of fact, if we don’t cooperate – all nations – to fight climate change, then we will all perish. It’s as simple as that.” 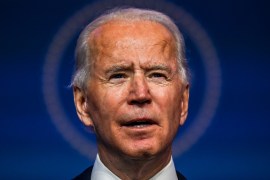 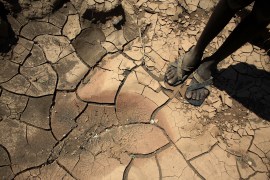 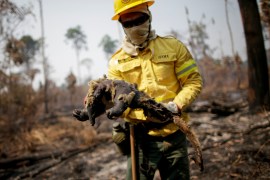