Japan aims to start vaccinating the general public against the coronavirus in May, just two months before the delayed Olympics are due to start, as more doubts emerge over whether the event will even take place this year.

The Yomiuri Shimbun newspaper said the government was hoping the majority of adults would be vaccinated by July, when the Games are due to open.

About 10,000 medical workers will be first in line for free inoculation, with the programme due to start next month, top government officials have said, followed by 50 million at-risk people including those with underlying conditions and aged above 65.

Ministers hope to start mass vaccination in May at the earliest, the Yomiuri and Sankei Shimbun newspapers reported, citing unnamed government sources.

Tokyo 2020’s opening ceremony is in six months, but a surge in COVID-19 infections in Japan and worldwide has cast fresh doubt over the event.

Public support for the Olympics has plummeted, with more than 80 percent of people recently polled in Japan saying they should be cancelled or postponed again.

Top sports officials have also joined those questioning whether the games will go ahead given the surge in coronavirus cases from the Americas to Europe.

Keith Mills, who was deputy chairman of the London 2012 organising committee, said “looking at the pandemic around the world” it seemed “unlikely” the games will be able to proceed as planned.

“If I was sitting in the shoes of the organising committee in Tokyo, and thankfully I’m not, I would be making plans for a cancellation,” Mills told the BBC.

“I’m sure they have plans for a cancellation but I think they will leave it to absolutely the last minute in case the situation improves dramatically and in case the vaccines roll out faster.

“It’s a tough call and I wouldn’t like to be in their shoes.”

Japanese Prime Minister Yoshihide Suga promised on Monday that preparations for the event would continue despite the growing public opposition and a surge in coronavirus cases.

Sebastian Coe, World Athletics head, who was the chairman of the 2012 organising committee, told Sky News he did not think the Games would be cancelled, and gave his backing to Japan.

“Of all the countries on the planet that really has the fortitude, and resilience and the street-smarts to see this through, it is actually Japan,” he said.

“I wake up as a federation president really grateful that it is Japan that’s dealing with this and not some other places that I can think of. So I’m sure we will be there.”

The organisers have adapted the event to account for the spread of the virus – limiting the time that athletes spend in the country and the athletes’ village as well as the numbers allowed to attend the opening and closing ceremonies.

They have said the Games can go ahead even without vaccinations.

Prime Minister Yoshihide Suga has said he will be among the first to be vaccinated in Japan, in an attempt to boost public confidence about the jab. 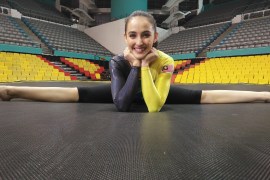 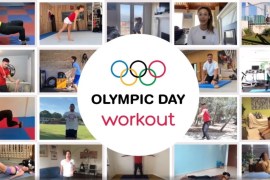 Olympians and other professional athletes join fans online to mark the 126th anniversary of the IOC. 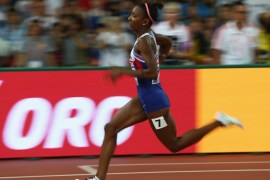 From racial slurs to lack of representation, Black British athletes describe the racism they face on and off the field.