At least 15 labourers have been crushed to death by a truck in India while they were sleeping by a road, police said.

The dumper truck ran over the sleeping workers, killing 12 of them at the scene, Patel said. Eight wounded were taken to hospital, where three more succumbed to their injuries, he added.

The workers were from the neighbouring state of Rajasthan.

The truck driver lost control of his vehicle after it hit some sugarcane hanging out of a tractor trolley coming from the opposite direction, Patel said. The driver was among those receiving treatment at the hospital.

“The dumper driver … lost control of the vehicle and went off the road, crushing labourers sleeping on the roadside,” deputy police superintendent CM Jadeja said.

The loss of lives due to a truck accident in Surat is tragic. My thoughts are with the bereaved families. Praying that the injured recover at the earliest: PM @narendramodi

Prime Minister Narendra Modi expressed condolences and announced compensation for the families of the victims and for those injured. Gujarat is Modi’s home state.

Tens of thousands of people are killed in road crashes in India every year. The accidents are mostly blamed on poorly maintained roads and vehicles or negligent driving.

On Monday, Transport Minister Nitin Gadkari inaugurated Road Safety Month, saying the government aimed to halve the numbers of road accidents and resulting deaths in the country by 2025. 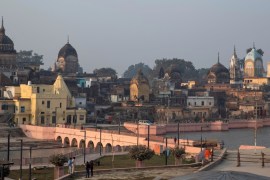 The project is a part of the settlement of a case surrounding the demolition of the Babri Mosque by a Hindu mob in 1992. 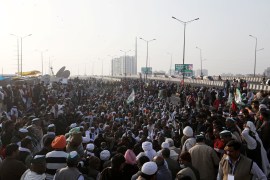 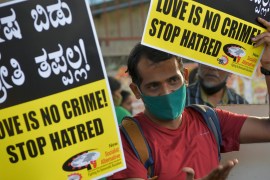 The new ‘anti-conversion’ laws remove agency from women and put a target on the backs of innocent Muslim men and boys. 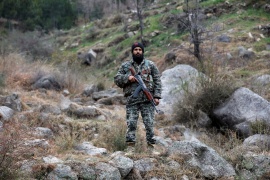