Tunis, Tunisia – Ten years ago, Tunisian women poured onto the streets to help overthrow autocratic leader Zine El Abidine Ben Ali after nearly 20 years in power, and, for some, to denounce the patriarchal nature of Tunisia’s political sphere.

“We dreamt of equal representation. We dreamt we would become full citizens, not just burdened with men’s duties, but also endowed with their rights … we dreamt we would finally be able to carve out a genuine space for women in politics.”

Now secretary-general of the feminist Tunisian Association of Democratic Women, Zoghlami says, despite big strides in the right direction, her dream remains unfulfilled, as women’s political engagement and representation have started to erode.

On the eve of Tunisia’s revolution, despite several decades of “state feminism” initiated by former President Habib Bourguiba upon independence from France in 1956 and perpetuated by Ben Ali’s repressive rule, politics unmistakably remained a man’s world.

On the face of it, Tunisia’s parliament comprised a large number of women. After the introduction of gender quotas on electoral lists, women secured 28 percent of the seats in the 2009 legislative election – a larger share than in the United States House of Representatives in 2021.

But under the guise of increasing representation, Ben Ali had instrumentalised women for political gains, said 34-year-old Hela Omrane, a former member of parliament elected in 2014.

“It was only a PR exercise for the regime,” she told Al Jazeera.

For Omrane, the revolution was the opportunity for women to genuinely become involved in politics, not just to be used as “ornaments”.

To be sure, 10 years on, women have some successes to celebrate.

“After the uprising, a tremendous number of women who had never been engaged politically, never even been on social media because they were afraid of Ben Ali’s regime, found themselves mobilising politically, involving themselves in civil society, and encouraging others to vote in a spontaneous movement throughout the country,” recalled Bochra Belhaj Hmida, a lawyer, politician, and leading Tunisian feminist who spearheaded legislation for women’s rights in parliament between 2014 and 2019.

Since then, political mobilisation has landed women several historic victories.

As voters, women demonstrated their political influence most clearly in the 2014 presidential election, when one million women voted for Beji Caid Essebsi, from the newly formed secular and centrist party Nidaa Tounes, helping him to victory.

In 2012, women parliamentarians defeated an attempt by members of Islamist party Ennahdha to enshrine women’s “complementarity” to men, instead of “equality”, in the country’s new constitution.

In 2017, landmark legislation on violence against women included provisions against the prevention of women entering politics.

Women secured an unprecedented 47 percent of the seats in local elections in 2018.

Yet, in recent years, women’s political involvement and representation have been on the wane in Tunisia.

“From 2011 up until 2014, even in rural areas, women entertained an unprecedented interest for politics, closely following debates on the TV,” Dorra Mahfoudh, a sociologist and longtime feminist activist who was part of the transitional authority after the uprising, told Al Jazeera.

“But as the years went by, and as the promises of the revolution went unfulfilled, their political engagement eroded.”

For Belhaj Hmida, many older women felt betrayed when the government elected in 2014 failed to comprehensively defeat Ennahdha.

Many younger women, she added, do not see themselves as being represented by any of the parties in parliament today.

“No one really speaks to them, in their language, about the issues they care about – so they shun the elections,” she said.

Sonia Ben Miled, a 28-year-old activist and head of communications for the feminist NGO Aswat Nissa, said in rural areas this disengagement is compounded by recurring obstacles, such as women struggling to access transport and often lacking the required identification papers to vote.

The 2019 election also saw a significant drop in the representation of women in parliament; with only 5 percent of women on the electoral lists, they lost some 30 seats.

“There might have been more women in parliament in 2009, but at least now these women are democratically elected, they are legitimate,” Mahfoudh said.

Beyond the reluctance of political parties to include women on their electoral lists, Ben Miled said the disappointing figures were also in part the result of the enduring patriarchal and misogynistic nature of Tunisia’s political sphere.

“There is still a glass ceiling for Tunisian women in politics today. It’s prompting some to call it quits,” lamented Ben Miled.

“One just has to look at the composition of the party’s political offices, the parliament’s commissions, or even the government to see that women are heavily underrepresented in decision-making positions.”

The allocation of ministries also adheres to outdated gender stereotypes, she added.

“You’ll never see a woman heading the interior or the defence ministries – these are still the preserve of men. Women virtually only ever end up with the ministry for women’s affairs.”

“In 2014, there was a genuine drive for inclusivity – we were trying to set up a democracy,” Zoghlami said.

“But today, women’s participation in politics is met with increasingly violent rhetoric.”

Many have denounced the verbal abuse they have received on social media, often targeted at their personal lives and families.

“At first, it wasn’t easy for me to accept the violent backlash each of my media appearances would draw simply because I am a woman working in politics. But I think it was even harder for my family,” Omrane said.

According to Belhaj Hmida, as a result of these trends, “there is no feminism in parliament today, no progressive voices”.

Meanwhile, she said the links between parliament and women’s rights civil society organisations have started eroding, and all that is left in parliament are “retrograde views” on the role of women in politics.

In an infamous speech that has drawn the ire of civil society, he claimed the progress achieved in the field of women’s rights has tainted women’s honour, and that what people call women’s freedom is in fact libertinism and a lack of virtue.

After Afess’s speech, Zoghlami confessed she lost all confidence in parliamentarians’ ability to safeguard the rights women have fought for since the revolution.

“With this new parliament, women have gone back to square one”, echoed Omrane, who had joined politics in 2012 in reaction to Ennahda’s push for women’s “complementarity”.

In stark contrast, Belhaj Hmida said she was happy Afess’s views were aired.

“Look at the uproar it caused – it was encouraging,” she said, referring to the lawsuits several civil society organisations have filed against the parliamentarian.

“Call me a naive optimist, but I think it is a good thing we are having this conversation out loud: muzzling this kind of speech wouldn’t allow us to overcome it as a society.”

Many said reducing the issue to a dichotomy between feminist progressives and patriarchal Islamists is unhelpful and even misleading.

One of Zoghlami’s main causes for concern today is the continued instrumentalisation of women in politics by parties across the ideological spectrum.

“The situation hasn’t changed much compared to Ben Ali’s regime,” she said.

For Belhaj Hmida, “so-called progressive parties only take a stand for women’s rights when it suits them. They’re instrumentalising women and women’s rights just like everyone else.”

Even before the revolution, progressives and opposition parties always told her: “women’s rights isn’t the priority, it’s not the time for it”, she said.

“Today, when ‘progressive’ political parties want to pick a fight with the Islamists and the conservatives, they suddenly become more feminist than the feminists themselves. But that’s just for the show,” she added.

“The rest of the time, they try and divide us by pushing us into a constant state of competition for a small number of positions, instead of fighting with us for more parity.”

As a result, there is only a little cooperation across party lines among women in parliament.

“Women and their political rights are a pawn on the political chessboard. It’s disheartening”, said Ben Miled.

To upend this logic, in 2012, her NGO Aswat Nissa launched the Women’s Political Academy, which has trained more than 200 sitting or aspiring women politicians and community leaders below 35 on how to integrate gender issues in public policies and work across party lines to advance women’s rights.

Meanwhile, looking back at her dream a decade since the revolution, Zoghlami said, despite the difficulties, she is not ready yet to throw in the towel.

“We are still far from equal representation today, but we have won some battles since the revolution, and the fight for securing women’s place in politics continues,” she said.

“We believe in a better Tunisia, and a better tomorrow.” 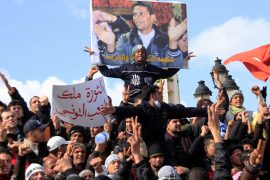 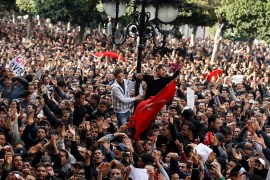 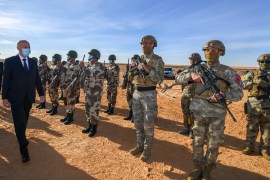 Measure in place since a 2015 attack on a presidential guard bus claimed by the ISIL group. 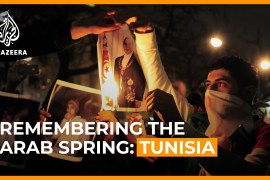