President Donald Trump has been banned from a number of online platforms after his supporters stormed the United States Capitol building on January 6 to prevent Congress from certifying President-elect Joe Biden’s Electoral College victory.

Trump has been accused of inciting the deadly violence during a speech he made before the rioters attacked the Capitol building. The mayhem, which left five people dead, has caused a backlash with fears Biden’s inauguration on January 20 might be targeted by far-right groups.

Social media platforms have banned Trump and other far-right groups in the wake of the worst violence at the Capitol in more than two centuries.

Here are all the platforms that took action against the outgoing US leader:

Twitter, a platform which Trump had been using as his main loudspeaker to communicate daily with more than 88 million followers, was the first company to ban the president from its service.

Announcing the move on January 8, Twitter said in a blog post that after a close review of the president’s recent tweets it had “permanently suspended the account due to the risk of further incitement of violence”.

On Wednesday, the company’s CEO Jack Dorsey defended the ban, but warned that it was a “dangerous” step which would have “significant ramifications”.

Sandberg, speaking during the Reuters Next conference, said she was glad that Facebook had frozen Trump’s accounts, which came as tech giants scrambled to crack down on his baseless claims about fraud in the US presidential election amid riots in Washington, DC last week.

Hours later, the company banned the phrase “stop the steal” altogether, citing use of the term to organise events contesting the outcome of the US presidential election that have a propensity for violence.

If Trump wanted to appeal the removal of his content, that could happen through the company’s new Oversight Board, she added. Facebook said Trump could not appeal the actual suspension through the board.

YouTube suspended Trump’s channel for at least a week, saying it was prompted by concerns over “ongoing potential for violence”.

The Google-owned platform said it removed content that was uploaded on January 12 to the Donald J Trump channel for inciting violence, although it was not immediately clear which videos in question were in violation.

“After careful review, and in light of concerns about the ongoing potential for violence, we removed new content uploaded to the Donald J Trump channel and issued a strike for violating our policies for inciting violence,” a YouTube spokesperson said in an emailed statement.

Under the suspension, Trump’s channel is temporarily prevented from uploading new videos or live streams for at least seven days, although the channel remains live, YouTube said.

Comments would be indefinitely disabled on the channel, YouTube said.

Image-centric social network Snapchat on Wednesday said it has permanently banned Trump from the platform.

“In the interest of public safety, and based on his attempts to spread misinformation, hate speech, and incite violence, which are clear violations of our guidelines, we have made the decision to permanently terminate his account,” the company said.

Twitch, the live-streaming site owned by Amazon and used by Trump’s campaign to stream speeches, disabled Trump’s account until he leaves office, saying it did not want to be used “to incite further violence”.

E-commerce company Shopify shut down two online Trump memorabilia stores for promoting people or organisations “that threaten or condone violence to further a cause”. 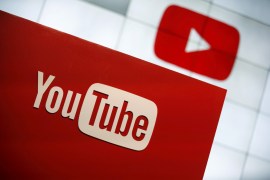 Homepage of Trump’s channel featured a month-old video of Trump casting doubt on the voting process. 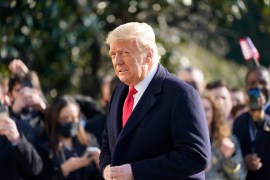 Trump has been impeached. What happens now?

Democrats plan to send impeachment article to the Senate, but it remains unclear when a trial will take place. 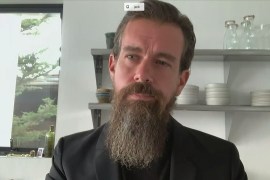 Twitter removed US President Trump’s account citing risk of violence after storming of Capitol by his supporters.