The global death toll from COVID-19 has crossed one million, according to data from Johns Hopkins University, but the World Health Organization (WHO) says that number is probably an underestimate and the actual toll is likely to be much higher.

Some 1,000,555 people across the world have now died from the virus, data from JHU showed on Tuesday.

COVID-19 was first reported in the central Chinese city of Wuhan late last year when doctors began noticing people were getting seriously ill with a mysterious new form of pneumonia. Despite border closures and quarantines, the virus spread across the world and the WHO declared the outbreak a pandemic in March.

“If anything, the numbers currently reported probably represent an underestimate of those individuals who have either contracted COVID-19 or died as a cause of it,” Mike Ryan, the WHO’s top emergencies expert, told a briefing in Geneva on Monday.

“When you count anything, you can’t count it perfectly but I can assure you that the current numbers are likely an underestimate of the true toll of COVID,” he said.

United Nations Secretary General Antonio Guterres said the world had reached an “agonising milestone” with so many deaths.

“We must never lose sight of each and every life,” he wrote on Twitter. “As the hunt for a vaccine – affordable and available to all – continues, let’s honour their memory by working together to defeat this virus”.

A million lives extinguished (likely more since we have no handle on excess mortality globally). A million life stories, a million voices, a million minds with their own hopes for the future, a million people who were not you or me but could have been with the turn of chance.

The death toll is expected to rise further as the outbreak continues to accelerate in many countries around the world including the US.

The number of new COVID-19 cases there has risen for two weeks in a row in 27 of the country’s 50 states, and the 316,000 recorded in the seven days ended September 27 was the highest in six weeks, according to a Reuters analysis of state and county data.

The country’s top infectious disease expert, Dr Anthony Fauci, told ABC News the country was “not in a good place”.

“There are states that are starting to show (an) uptick in cases and even some increases in hospitalisations in some states. And, I hope not, but we very well might start seeing increases in deaths.”

We all want this pandemic to be over—we’re sick and tired of it. But the virus isn’t tired of making us sick.

Meanwhile, India is closing in on the US, crossing six million cases on Monday. While the virus initially hit the country’s large cities such as Mumbai and New Delhi it has now spread to rural areas where healthcare systems are much less able to cope with a potential influx of patients.

Europe is also seeing a resurgence of the disease after lockdowns were lifted and governments urged people to return to work. Officials are now revising that advice and imposing new regulations to try and slow the spread of the virus, but have encountered resistance from some areas. In the UK, the government has introduced hefty fines for those who break the rules.

“If you look at the success stories – places like Vietnam which in its first wave only had about 300 cases and zero deaths, South Korea, Thailand and New Zealand – there has been lot of public engagement and cooperation,” Sanjaya Senanayake, Associate Professor of Infectious Diseases at the Australian National University told Al Jazeera. “In the places that are now seeing surges we are seeing protests and anger about government policies with regards to lockdowns and wearing masks so public engagement is really pivotal to getting this right.”

In Southeast Asia, Indonesia and the Philippines have been particularly hard-hit, while Malaysia, which saw early success in suppressing the disease, is battling a surge in cases in its Borneo state of Sabah that have seeded outbreaks elsewhere in the country. Nearly one million people in Sabah are now under a strict two-week lockdown.

Myanmar, where campaigning is underway for a November election, is also struggling with a resurgence in a disease that it thought it had under control.

Cases there have more than doubled in a week and the country has reported more than 250 deaths. David Mathieson, an independent researcher and expert on Myanmar who is based in Chiang Mai in neighbouring Thailand, said “complacency” probably contributed to the wave of cases and that he was worried about whether hospitals would be able to cope.

“The public healthcare system in Myanmar is so bad that if this second wave keeps going the system will be completely overwhelmed, not only in Yangon but out in the countryside where the capacity to respond is a lot more challenging,” he told Al Jazeera.

Experts say testing and contact tracing are crucial for controlling the disease, and the WHO announced on Monday that some 120 million rapid diagnostic tests for the virus would be made available to low- and middle-income countries over the next six months.

The total number of coronavirus cases across the world has crossed 33 million, while nearly 23 million people have recovered. 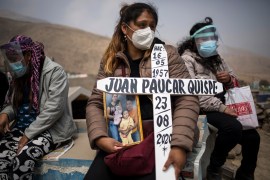 With one million deaths now recorded worldwide, the coronavirus pandemic is far from over. 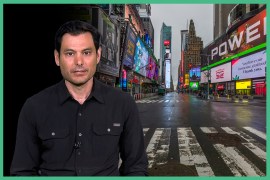 NY Grieves: Inside the COVID-19 Pandemic

“It’s been surreal. More often than not, it’s just been hell.” 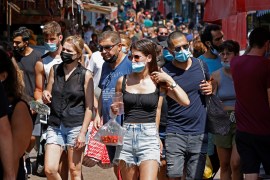