Central African Republic President Faustin-Archange Touadera has announced he will run in the December election in the country ravaged by more than seven years of civil war.

Touadera, 63, was elected in February 2016 with two-thirds of the vote, but has since struggled to stem vicious intercommunal violence in the poor, landlocked nation where armed groups control two-thirds of the territory.

Violence remains entrenched in the Central African Republic despite a peace accord signed in February 2019 between the government and 14 armed groups, which often claim to defend the interests of specific communities or religions.

In 2013, the Seleka, a rebel coalition drawn largely from the Muslim minority, toppled then-President Francois Bozize, plunging the majority-Christian CAR into a spiral of violence that has forced nearly one-quarter of the country’s 4.7 million people to flee their homes.

Bozize, who has been back in the Central African Republic for a year, will be Touadera’s main rival in the December 27 election if his candidacy is validated.

Uncertainty lingers over whether the elections would be held in the planned time frame, as significant delays have emerged in the organisation of the poll including the registration of voters.

The Central African Republic’s parliament voted on Wednesday to grant the electoral body extra time to register voters. The election commission fell behind with voter registration due to the insecurity and additional disruptions linked to the coronavirus pandemic, said Territorial Administration Minister Augustin Yangana-Yahote.

The motion to give the commission an extra month to compile electoral lists was approved after 10 hours of heated debate in parliament despite a boycott by the opposition coalition Cod2020.

It has called for the vote to be postponed, claiming the disrupted voter registration raised questions about the credibility of the entire election.

“The government’s goal is to have elections in a cavalier manner,” said Cod2020 politician Aurelien Zingas. 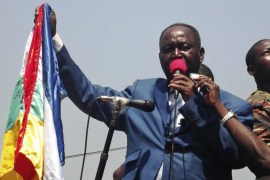 The 73-year-old former general and army chief, who took power in a 2003 coup, was overthrown by rebel fighters in 2013. 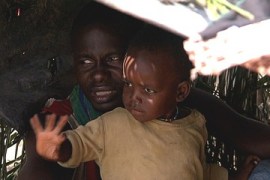 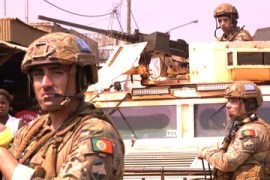 For government forces, this is the first time they are setting foot in PK5 since 2014. 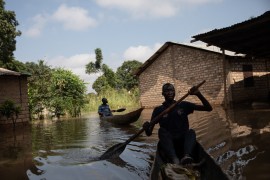 The Red Cross says seven people have died and 25 were injured in the worst flooding the country has seen in two decades.