Police in Canada have arrested and charged a man who allegedly lied about his involvement in ISIL (ISIS), performing execution-style killings.

The Royal Canadian Mounted Police (RCMP) said in a statement on Friday the criminal charge against Shehroze Chaudhry stems from “numerous” media interviews in which he described travelling to Syria in 2016 to join the armed group and committing acts of “terrorism”.

Following a “lengthy” investigation, police said the 25-year-old was charged with a criminal code offence of perpetrating a hoax related to terrorist activity. He is to appear in court on November 16.

The Burlington, Ontario resident told CBC in 2016 that he worked as an enforcer with ISIL and witnessed regular public lashings, beheadings and crucifixions.

He gained additional notoriety on Caliphate, an award-winning podcast by The New York Times, in which he gave accounts of shooting blindfolded, tied-up civilians in the back of the head.

The accuracy of his statements, however, has since been questioned in several media reports.

“Hoaxes can generate fear within our communities and create the illusion there is a potential threat to Canadians, while we have determined otherwise,” said RCMP Superintendent Christopher deGale.

“As a result, the RCMP takes these allegations very seriously, particularly when individuals, by their actions, cause the police to enter into investigations in which human and financial resources are invested and diverted from other ongoing priorities,″ said deGale, commander of an RCMP security enforcement team.

The RCMP said it collaborated with several other agencies during its investigation. 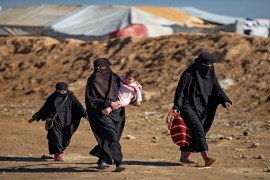 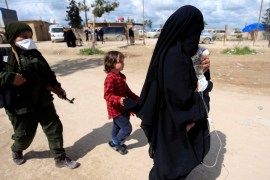