An 82-year-old Muslim woman who became the face of a female-led protest against a controversial citizenship law in India’s capital New Delhi has been named to the list of the 100 Most Influential People in 2020 by US-based TIME magazine.

The prestigious publication named Bilkis, who participated in protests against the anti-Muslim law, as one of their “icons”.

“Bilkis gave hope and strength to activists and student leaders who were being thrown behind bars for standing up for the unpopular truth in a democracy that was sliding into authoritarianism, and inspired peaceful copycat protests across the country,” Indian writer Rana Ayyub wrote for Time’s profile of the elderly protester from the Shaheen Bagh suburb of New Delhi, a Muslim working-class neighbourhood.

I will sit here till blood stops flowing in my veins so the children of this country and the world breathe the air of justice and equality.

The Citizenship Amendment Act (CAA), which eases the path for non-Muslims from three neighbouring countries to gain citizenship, sparked nationwide protests against Prime Minister Narendra Modi’s government after it was passed in December.

Legal experts say the CAA, which makes faith the basis for acquiring Indian citizenship, goes against the country’s secular constitution. The law is currently being challenged in the Supreme Court.

“I will sit here till blood stops flowing in my veins so the children of this country and the world breathe the air of justice and equality,” Bilkis told Ayyub during the protests earlier this year.

Ayyub added that Bilkis deserved recognition “so the world acknowledges the power of resistance against tyranny”.

Prime Minister Modi was also featured on the list under “leaders”, who was criticised for not only rejecting “elitism but also pluralism”.

“Though almost all of India’s Prime Ministers have come from the nearly 80 percent of the population that is Hindu, only Modi has governed as if no one else matters,” Time Editor at Large Karl Vick wrote.

Bollywood actor Ayushmann Khurrana was the third Indian on the list, profiled by Deepika Padukone, a renowned actress in the industry.

Bilkis told Al Jazeera in January the CAA was meant to “target Muslims and send their children to detention camps”. Her fears stemmed from the Hindu nationalist government’s plan to roll out a national register of citizens, which rights groups say will lead to the disenfranchisement of Muslims.

Shaheen Bagh inspired peaceful protests across the country and became a thorn in the government’s side.

Many members of the governing party were accused of hate speech as they called for the violent removal of protest sites. An attempt by supporters of the government in February triggered deadly violence in northwest Delhi that left 53 people dead.

In March, Delhi police broke up the Shaheen Bagh protest, the longest-running anti-CAA protest, citing a ban on public gatherings because of the coronavirus pandemic. 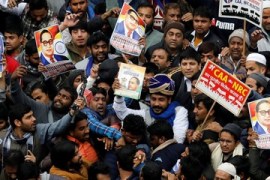 India’s new citizenship law raises fears among Hinduism’s ‘lowest’ social group that they will be targeted. 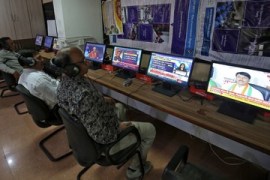 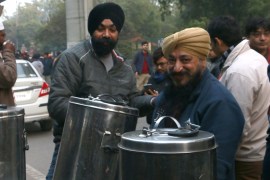 Recipe for solidarity: How Indian protesters are being fed

Individuals and groups come forward to arrange for food and beverages as protests enter second month.