United States Senator Kamala Harris became the first Black woman and first woman of South Asian descent to run for vice president after the US presumptive Democratic presidential candidate, Joe Biden, picked her as his running mate on Tuesday.

The pair will take on President Donald Trump in US presidential elections on November 3.

The choice of Harris has been hailed by many as historic.

In her first sit-down interview since being named to the ticket, Harris herself called Biden’s choice “audacious” and said it could spur advances for women and women of colour that could otherwise have taken decades.

Harris spoke to the non-profit, women-driven news organisation The 19th in an exchange that was broadcast on US TV channel MSNBC. 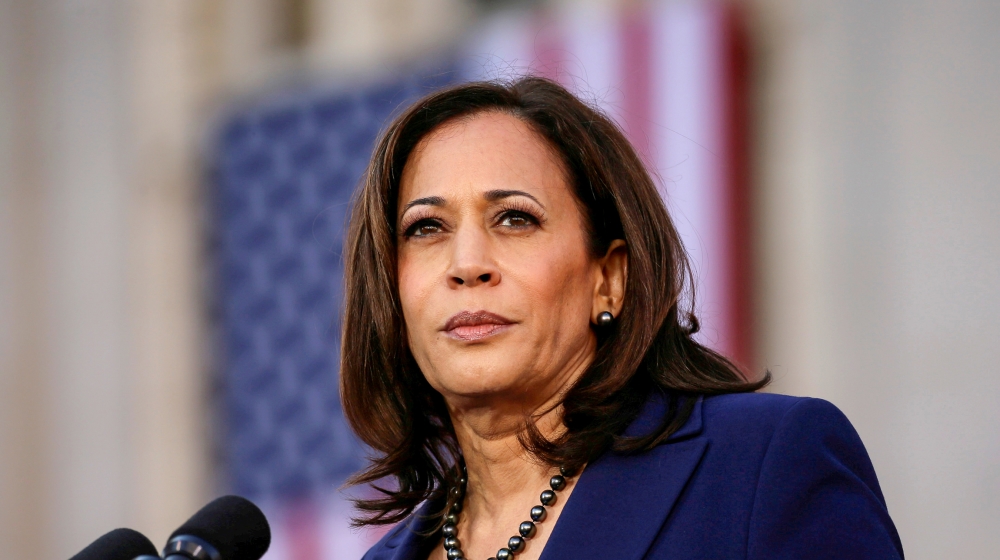 The 55-year-old senator from California, a former prosecutor and state attorney general, spoke on a wide range of issues from the priorities of the campaign to the importance of voting.

Below are excerpts from her Friday interview.

On Biden and the agenda

“Joe Biden had the audacity to choose a Black woman to be his running mate. How incredible is that? And what a statement about Joe Biden – that he decided that he was going to do that thing that was about breaking one of the most substantial barriers that has existed in our country – and that he made that decision with whatever risk that brings. I think, as much as anything, it’s a statement about the character of the man that we’re going to elect this next president of the United States.

“The Biden-Harris ticket is about an agenda that is about representing what America really is and knowing that among us, there may be those who seemingly have nothing in common but have everything in common. Joe Biden knows that. And it is also about saying that this is going to be an administration –  the Biden-Harris administration – that is focused on the future of our country, motivated by what can be unburdened by what has been.”

“I think the Biden-Harris agenda is a shared agenda. For example, Joe had a whole plan, the build back better plan, about the economy, but it includes understanding the connection between the creation of jobs and also bringing dignity and support to working families.

“One of the parts of the build back better plan is to bring in healthcare and home healthcare to people who need it – [and] also to make sure that caregivers are being paid a livable and a righteous wage and getting all the benefits in terms of workers’ benefits. So in that plan he adopted the Domestic Workers Bill of Rights, which is something I’ve been working on for a couple of years.

“And when we talk about domestic workers, we’re talking about predominantly women of colour who are spending hours upon hours night and day, taking care of other people’s children, other people’s parents and grandparents. The plan is about saying they too deserve dignity and support for the work that they do.”

“We have a shared commitment around addressing the climate crisis. And so there’s a whole plan that is about creating a million jobs in terms of investing in infrastructure for renewable energy, but also with a focus on making sure communities of colour and our Indigenous brothers and sisters are part of the plan – knowing that in America today in communities that have some of the worst air quality, 70 percent of the people living there are people of colour. So these are the components of the plan, the overall plan for building.

“We still have to achieve equity when you look at issues like pay equity, something that Joe Biden talks about and we’re going to deal with in our administration.”

“There’s a lot … to celebrate in terms of the accomplishment, but also it should motivate us to also be clear-eyed about what has to be done and the unfinished business.”

“When I think about this centennial [100 years since women gained the right to vote in the US], I do also think about the fact that let’s be reminded about the ability of women also at every stage to build coalition and to fight together.  But let’s also acknowledge the disparities that still exist based on race and let’s all work on that together as those suffragettes did so many, well 100 years ago.”

Asked what she will fight for on behalf of US women

“Everything. I said this back on that cold day in January in 2017, at the women’s march, which is: ‘every issue is a woman’s issue, and women’s issues should be everyone’s issues.’

“It is inexcusable that we would not have full representation in the United States Congress. I want to say that we should encourage and always support women who are running for office and support them, knowing that even if they are the first, that they are the one that is necessary for us to continue to break these barriers. I have not achieved anything that I have without the support of many who believed in the possibility of someone who has never been there before being there. And that’s what we have to do across the nation.”

“What we need to do is also speak about systemic racism. When you have one ticket that can say the phrase ‘Black Lives Matter’ and another who has been full time sowing hate and division in our country, those are the things that are going to motivate Black women to vote.”

“When we talk about the election in November, this is probably one of the most important elections of our lifetime. This is about everything, every issue that we discussed and whether we are going to have a president of the United States who lifts folks up and gives you a sense of pride in your country, or somebody who is just full time beating people down. I fear that if we don’t correct course, the damage will be irreversible.

“Everything is on the line.

“There are states and there are state legislatures who – especially after the Supreme Court gutted the Voting Rights Act – have put in place laws that have been designed to suppress the vote and in particular, the Black vote; [to prevent] students from voting, Indigenous people from voting. And those obstacles, some of them we’re going to fight against and get rid of before the election; some of them are still going to be in place.

“Everybody has to remember this and ask this question of yourself: ‘Why don’t they want us to vote? Why are they creating obstacles to us voting?’

“So we know how to jump over or get around the obstacles that for many of us have been in place since the day we were born. And that’s going to be the job ahead of us.”