Authorities in a city in the Chinese region of Inner Mongolia have issued a warning after a hospital reported a case of suspected bubonic plague – one of the deadliest diseases in history.

The health committee of the city of Bayan Nur issued the third-level alert on Sunday, the second lowest in a four-level system.

The alert forbids the hunting and eating of animals that could carry plague and asks the public to report any suspected cases of plague or fever with no clear causes, and to report any sick or dead marmots.

Sunday’s warning follows four reported cases of plague in people from Inner Mongolia last November, including two of pneumonic plague, a more dangerous variant of the disease. At least two of the cases then were diagnosed in the capital, Beijing.

The bubonic plague, known as the “Black Death” in the Middle Ages, comes from the bacterium, Yersinia pestis, and is a highly infectious and often fatal disease spread mostly by rodents via fleas.

According to the WHO website, the lung-based pneumonic plague is extremely contagious and “can trigger severe epidemics through person-to-person contact via droplets in the air”.

The plague can be fatal in up to 90 percent of people infected if not treated, primarily with several types of antibiotics.

Plague cases are not uncommon in China, but outbreaks have become increasingly rare. From 2009 to 2018, China reported 26 cases and 11 deaths.

In 2014, a man died of the plague in northwestern Gansu province, sparking the quarantine of 151 people.

The 30,000 people living in Yumen, the town where the man died, were also prevented from leaving with police at roadblocks placed on the town perimeter.

In 2009, an outbreak also claimed the lives of several people in the town of Ziketan in Qinghai province on the Tibetan Plateau.

But China has vastly improved its detection and management of infectious diseases since the 2003 outbreak of the severe acute respiratory syndrome, or SARS, and the latest coronavirus pandemic, which was first reported in Wuhan in late 2019. 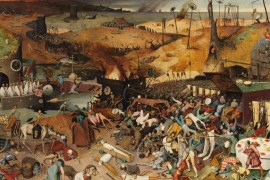 From the plague to MERS: A brief history of pandemics

What you need to know about the other pandemics that shook the world. 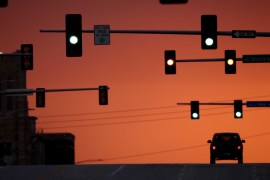 The plague: Searching for meaning

Counting the cost is about more than numbers. 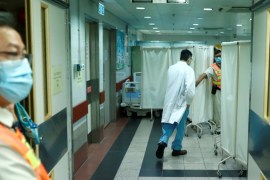 The victims are from northwestern Inner Mongolia province and are being treated at a central hospital in Beijing.