The attack claimed by the Taliban group on Monday took place at a government facility in Samangan province’s capital Aybak, close to an office of the National Directorate of Security (NDS), the main intelligence agency.

“It’s a complex attack that started with a car bomb,” Mohammad Sediq Azizi, a spokesman for the provincial government, said.

Officials said the 11 people killed were security personnel. The province’s health director, Khalil Musadeq, said 43 civilians, including children, and members of the security forces had been wounded in the attack, with the number expected to rise.

“It was a huge explosion that broke all our windows,” said Haseeb, a government employee who gave only one name and works near the site of the attack.

“Many people have been wounded by flying pieces of glass.”

Zabihullah Mujahid, a Taliban spokesman, said the armed group – who are active in the province and have recently stepped up attacks there – were behind the bombing. 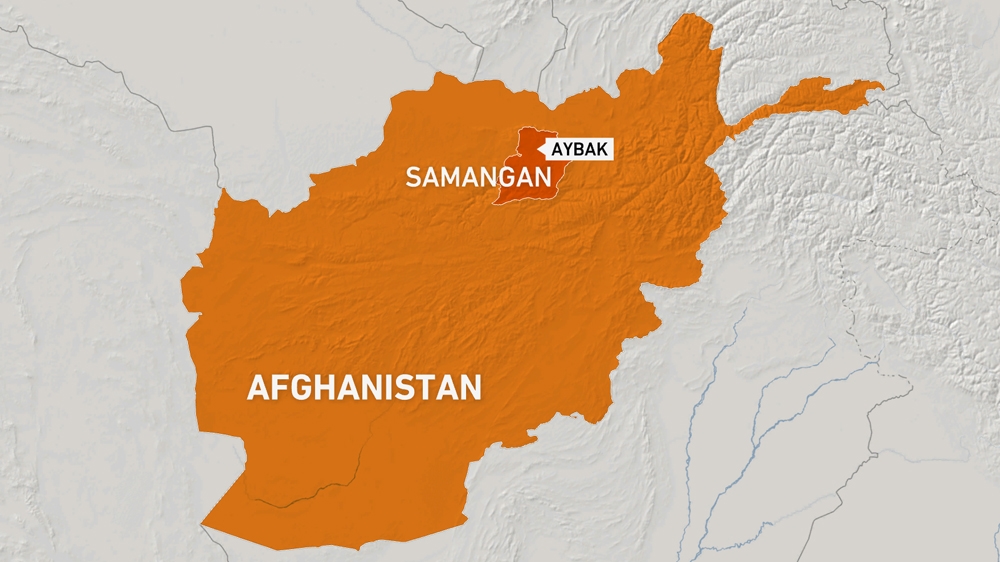 President Ashraf Ghani condemned the attack in Samangan and accused the Taliban of trying to strengthen their hand before any negotiations.

Local officials also accused the Taliban of attacking security force checkpoints around the country overnight, killing seven personnel in the northeastern province of Badakhshan, 14 in northern Kunduz, and four in the central province of Parwan.

There has been a surge in violence across the country in recent weeks following a disagreement between the government and the Taliban group about the release of prisoners.

According to a February deal between the United States and the Taliban, up to 5,000 Taliban prisoners are to be released in advance of intra-Afghan talks, along with up to 1,000 government prisoners.

The agreement also paves the way for the withdrawal of all international troops from Afghanistan. The groups would then enter talks in a bid to end the 19-year conflict.

The Taliban has so far refused to join the process before all of its prisoners are released, based on a list given to US officials.

The government has released 4,199 Taliban prisoners and the Taliban 779 members of pro-government forces, according to figures provided by both sides.

However, Afghan officials recently said they would not free nearly 600 detainees on the armed group’s list, either because the victims’ families need to forgive the crimes or because the detainees are accused of crimes such as drug trafficking, kidnapping, sexual assault and the stoning of women.

The government’s refusal to release the prisoners could further delay negotiations, which were scheduled to start on March 10 under the US-Taliban deal.

On Sunday, accusing the Afghan government of delaying the start of talks, Mujahid said the Taliban was “left with no option but to continue the war”.