Facebook has removed several pages belonging to music groups espousing white supremacist ideology following an investigation by Al Jazeera into the prevalence of such bands on the social media platform.

Al Jazeera’s Investigative Unit identified more than 120 pages from mostly heavy metal groups and record labels with direct ties to white supremacy. The pages had gained a total of more than 800,000 likes and some have been online for more than 10 years.

After sending five examples to Facebook, the platform initially removed three of the pages of such bands, adding that the two others were under review. Later, one other page was removed.

The four removed pages of the SoldierSS of Evil, Whitelaw, Frakass and Frangar groups all violated Facebook’s policies, according to the social media giant.

However, other pages identified by Al Jazeera are still online in breach of the company’s policies on hate speech.

The findings also come two weeks after more than 500 companies, including Coca-Cola and Starbucks, pledged to no longer advertise on Facebook as long as it does not take concrete steps to block hate speech amid a national and international reckoning over racism following the death of George Floyd, an unarmed Black man, at the hands of white police in the United States.

Al Jazeera discovered the majority of the pages have been online for years, with many actively posting news on upcoming performances, music releases and advertising for merchandise, sometimes using white supremacist imagery.

One of the more popular pages belongs to M8l8th, a black metal music act from Ukraine, whose full name means Hitler’s Hammer.

The two 8s refer to the letter H, the eighth letter in the alphabet. Both 88 and the double H are common shorthand in neo-Nazi circles for Heil Hitler.

In its songs, M8l8th uses parts of a speech by Nazi propagandist Joseph Goebbels and the Horst Wessel-Lied, the official anthem of the Nazi Party from 1930 to 1945.

Levkin is also one of the organisers of Asgardsrei, a neo-Nazi music festival held annually in Ukraine’s capital, Kyiv. Festivalgoers have been seen waving swastika flags and making Nazi salutes.

Al Jazeera identified Facebook pages belonging to bands that have performed at Asgardsrei, including Goatmoon, a Finnish black metal band whose page has more than 12,000 likes.

Despite denying links to white supremacy, an image posted on the band’s Facebook page shows a picture of one of the guitarists with a tattoo blurred. Uncensored pictures indicate that the tattoo is of a swastika.

Another popular Facebook page is that of French metal band Peste Noire, also known as KPN (Kommando Peste Noire), which uses an altered version of the White Aryan Resistance neo-Nazi organisation as its logo.

Although Peste Noire claims to be nationalist anarchist, not white supremacist, the band has released songs called Aryan Supremacy and Les Camps de la Mort (The Death Camps), which contains the lyrics – “Before leaving this Earth/I want their death/A pure f*cking genocide/for the ultimate revenge”.

“Before social media, you’d have to go to a show or meet someone to get in touch with these types of bands. Social media has completely changed that, it’s now just a few clicks away.”

Wotanorden, which hails from the US, celebrated 1,488 likes on its page, with 88 referencing Heil Hitler and 14 referencing the so-called “14 words” slogan, a rallying cry common amongst white supremacists; “We must secure the existence of our people and a future for white children.”

Then there are bands such as Leibstandarte, Kristallnacht and Einsatzgruppen referencing respectively the Waffen-SS military arm of the Nazi Party, the Kristallnacht pogrom organised by the Nazis and the Einsatzgruppen death squads responsible for killing millions of Jews during World War II.

In response to questions, a Facebook spokesperson told Al Jazeera the company does not allow hate speech on its platform, including white supremacist content.

“Unfortunately zero tolerance doesn’t mean zero incidents. We have removed three of these Pages for breaking our rules and are reviewing the remaining two against our policies,” the spokesperson said.

“We will continue to improve our technologies, evolve our policies, and work with experts to identify and remove hate from our platform.”

On Wednesday, Facebook released a two-year audit into civil rights and the company’s attempts to curb the spread of hate speech on the platform.

Exclusive: The I-Unit has found more than 120 #Facebook pages belonging to white supremacist music groups, totaling more than 800,000 likes. @Facebook has said it would crackdown on hate speech, but some have been online for over a decade.
Link: https://t.co/wkEcx6NhII pic.twitter.com/r6srFOt8YS

The 89-page report (PDF) by civil rights experts heavily criticised Facebook, saying it needs to do more about anti-Muslim, anti-Jewish and other hate speech.

“In our view Facebook’s approach to civil rights remains too reactive and piecemeal,” the report concluded.

Before the report’s release, Facebook’s Chief Operating Officer Sheryl Sandberg said the company “stands firmly against hate”, acknowledging it has issues with hate speech and that it would incorporate some of the advice issued in the report.

Last year, Facebook announced it would no longer allow white supremacist content on its platform, claiming, “these concepts are deeply linked to organized hate groups and have no place on our services”. 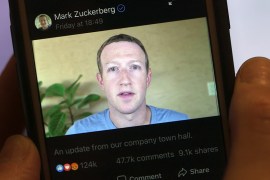 Big brands are part of an advt boycott against Facebook over racist content and hate speech. Plus, bookshelf backdrops. 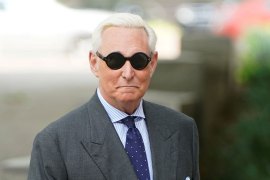