In a statement posted on Twitter on Tuesday, the government announced “with great sorrow to Burundians and the international community” the passing of the president.

According to the statement, Nkurunziza had attended a volleyball match on Saturday afternoon and was taken to hospital that evening after falling ill.

Although he appeared to recover on Sunday and spoke to those around him, his condition suddenly deteriorated on Monday morning. He then suffered a heart attack and despite an immediate resuscitation attempt, doctors were unable to revive him.

Nkurunziza died at a hospital in Karuzi, eastern Burundi.

The government said there would be a period of national mourning for seven days from Tuesday and that flags would be flown at half-mast.

Al Jazeera’s Malcolm Webb, reporting from Kenya’s capital, Nairobi, said the government’s stated cause of death had been met with scepticism among some Burundians on social media and elsewhere.

“About 10 days ago, Denise Nkurunziza, the first lady of Burundi, flew to Nairobi seeking medical treatment for a reason that officially was undisclosed but a lot of the local press here reported that she was suffering from COVID-19,” he said.

“So now there’s going to be of course a lot of speculation and guessing from Burundians, from the diaspora about this claim that the president had a heart attack.”

Last month, Burundi expelled the representative of the World Health Organization (WHO) amid criticism of the government’s handling of the coronavirus pandemic. It has carried out very few coronavirus tests and held large rallies in the lead-up to the country’s May 20 election.

In power since 2005, Nkurunziza was due to be replaced in August by political ally Evariste Ndayishimiye, who was declared earlier this month the winner of the vote.

“He leaves us a legacy that we will never forget and we will continue his high-quality work that he has done for our country, Burundi,” Ndayishimiye said in a Twitter post.

Nkurunziza was chosen to lead the country following a 1993-2005 civil war that killed about 300,000 people. He and Ndayishimiye fought alongside each other as rebels in the conflict.

The peace process, known as the Arusha Accords, specified that a president’s term can be renewed only once. But Nkurunziza, who won a second term in 2010, announced he was eligible for a third term in 2015 because he had not been chosen the first time by universal suffrage.

The deadly turmoil that followed badly damaged ties with the international community, and Burundi became the first country to leave the International Criminal Court after it started investigating allegations of state-sponsored crimes including murder, rape and torture.

The United Nations human rights office reported more than 300 extrajudicial killings and was later kicked out of the country after outgoing UN rights chief Zeid Ra’ad al-Hussein called Burundi one of the “most prolific slaughterhouses of humans in recent times”.

Burundi’s government has denied allegations it targets its people, calling them malicious propaganda by dissidents.

“As I learn of the passing of Pierre Nkurunziza, I think of the thousands of lives that his regime cut short. The families that won’t see justice,” Thierry Uwamahoro, a democracy activist and prominent government critic who lives in exile, wrote on Twitter.

Many Burundians were surprised when the president announced in 2018 that he was serving his last term. Many thought he would continue to wield power behind the scenes. The opposition leader who lost the May election, Agathon Rwasa, said his supporters were harassed ahead of the vote and arrested by the scores on election day. His court challenge to the vote alleging fraud was rejected.

The government had approved legislation meant to bestow upon Nkurunziza the title of “paramount leader” once he stepped down.

Nkurunziza “leaves behind a legacy of ruthless repression,” said Lewis Mudge, Central Africa director at Human Rights Watch. “He ruled through fear to erect a system synonymous with the worst human rights abuses: extrajudicial killings, torture, disappearances and the systematic crushing of dissent.”

Burundi must investigate the crimes, Mudge said. “As long as these abuses go unpunished, this dark legacy will hang over Burundi for many years to come.” 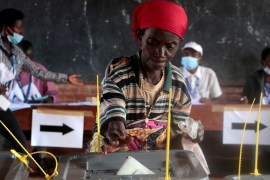 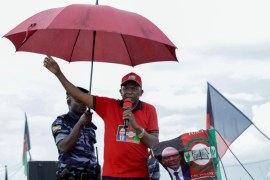