The Philippine government has announced it is sending three chartered flights to Saudi Arabia to bring home the remains of hundreds of Filipino workers, many of whom have died of the coronavirus.

President Rodrigo Duterte’s spokesman Harry Roque said on Tuesday the government is “not sparing any expense” to repatriate the deceased workers, although he added it has decided to bury the remains of at least 50 people in Saudi Arabia.

“[The number] is not surprising because the Kingdom of Saudi Arabia has the most number of overseas Filipino workers,” Roque said during his daily online briefing. There are an estimated one million Filipinos working or living in Saudi Arabia.

Philippine Ambassador to Riyadh Adnan Alonto earlier said there were 353 Filipino workers whose remains are awaiting repatriation, including 107 who died from COVID-19. Another 246 died of “natural causes”.

Alonto was also quoted as saying many morgues and hospitals in Saudi Arabia had reached their capacity. Also complicating the situation is the prohibition of cremation in the Muslim tradition.

But the repatriation of the bodies took on an added urgency after Saudi Arabia gave the Philippines 72 hours to carry out the plan.

The Philippine government is also scrambling to accommodate the request of as many as 23,000 Filipino workers in Saudi Arabia to come home. Many have reported losing their jobs in Saudi Arabia following the pandemic lockdown.

On Tuesday, Roque said the living conditions of Filipinos working in Saudi Arabia may have contributed in the spread of the deadly infection.

He said those living in cramped dormitories may have found it difficult to maintain physical distancing.

As of Sunday, the Philippine Department of Foreign Affairs reported at least 6,141 Filipinos working around the world have been infected with COVID-19. Of that number, at least 496 have died.

Since the pandemic triggered a global lockdown, the government said it brought home more than 51,000 Filipinos working abroad.

But it has been struggling to accommodate the new arrivals with quarantine centres in Manila facing overcapacity, prompting officials to scale down the repatriation. 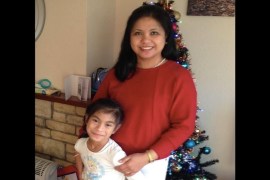 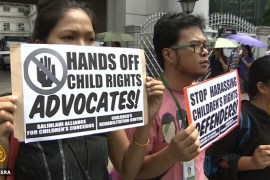 Protesters have taken to the streets to demand more protection from the state.