India and Bangladesh have begun evacuating more than two million people as a cyclone barrelled towards their coasts, with officials racing to ready shelters amid fears of coronavirus contagion in cramped facilities.

Indian forecasters said Cyclone Amphan had reached winds of up to 240 kilometres (145 miles) per hour (mph) with gusts of 265 kph (164 mph) over the Bay of Bengal late on Monday, ahead of the expected landfall on Wednesday.

“The landfall wind speed will be 195-200 kph (121-124 mph) in residential areas. It will cause severe damage to life and property,” Pradhan said at a news conference, adding that low-lying areas were also bracing for tidal waves.

The Indian Meteorological Department said in a bulletin that it could cross the coasts on Wednesday evening with sustained wind speeds of up to 175 kph (108 mph) and gusts of 195 kph (121 mph).

Such wind speeds are equivalent in strength to a Category 2 or 3 hurricane, and would make Amphan one of the biggest storms to come off the Indian Ocean in recent years.

The cyclone, expected to make landfall on Wednesday, comes as India eased the world’s longest lockdown, imposed in April against the coronavirus which has infected more than 96,169 people and killed 3,029.

Bangladesh officials also warned it could become the worst storm to hit the region since Cyclone Sidr in November 2007, which killed more than 3,000 people.

Bangladesh disaster management secretary Shah Kamal said up to two million residents from low-lying areas would be evacuated from Tuesday, he said, adding that they had the capacity to shelter more than five million evacuees.

A record 12,078 shelters, including 7,000 schools and colleges, were being readied to avoid crowding amid fears of the virus spreading, Kamal said.

Evacuees would be required to wear masks and encouraged to wear gloves while in the shelters, he added.

In India, more than 200,000 people in low-lying areas will be moved from their homes in West Bengal by Tuesday, state minister Manturam Phakira told AFP.

An official at Odisha’s cyclone control room said shelters would be prepared for up to 1.1 million people, although the area is expected to escape the brunt of the storm and less than 10 percent of capacity would likely be used.

Authorities at the port of Paradip in Odisha ordered ships to move out to sea to avoid damage. “Operations have been wound down,” Rinkesh Roy, chairman of the Paradip Port Trust, told Reuters news agency. “We are clearing the port.”

Pradhan, the NDRF chief, said earlier on Monday that more than 1,500 disaster response personnel – 20 active and 17 standby teams – were being deployed in the two states to tackle the “double challenge” of the cyclone and the coronavirus.

Bangladesh’s low-lying coast, home to 30 million people and India’s east are regularly battered by cyclones that have killed hundreds of thousands of people in recent decades.

The cyclone season usually runs from April to December, with severe storms forcing the evacuations of tens of thousands, causing widespread death and damage to crops and property in India and neighbouring Bangladesh.

While the storms’ frequency and intensity have increased – partly due to climate change – the death tolls have come down because of faster evacuations and the building of thousands of coastal shelters. 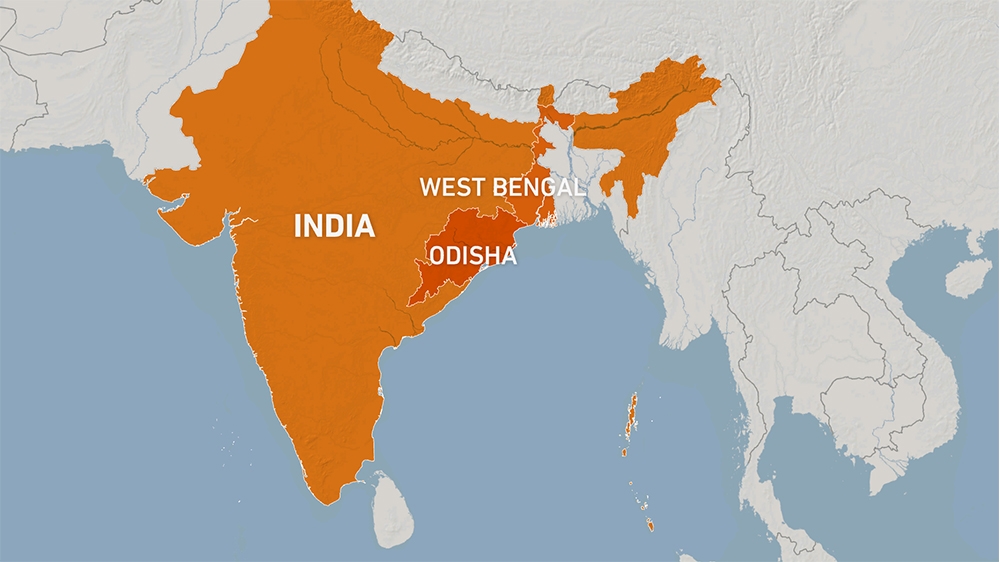