The United Nations Special Rapporteur on human rights in Myanmar is calling for an immediate investigation into the military, following allegations of continuing war crimes and crimes against humanity in western Rakhine and Chin States.

Yanghee Lee on Wednesday accused Myanmar’s army, also known as the Tatmadaw, of ignoring a call for a ceasefire by rebel groups, and instead carrying out an armed offensive “inflicting immense suffering on the ethnic communities” in the two western states.

“The Tatmadaw is systematically violating the most fundamental principles of international humanitarian law and human rights. Its conduct against the civilian population of Rakhine and Chin States may amount to war crimes and crimes against humanity,” said Lee, who is stepping down from her position after six years.

The conflict between government troops and armed rebels from the Arakan Army has intensified in recent months, with the military calling the ethnic Rakhine rebels a “terrorist group.”

The violence is increasing as Myanmar confronts the coronavirus health emergency.

The Arakan Army, along with two ethnic armed groups, declared a month-long ceasefire for April because of the disease, also known as COVID-19.

The army, however, rejected the plea saying a previous truce declared by the government went unheeded by rebel groups.

More than 157,000 people have been displaced, and hundreds including women and children killed and wounded since the conflict started.

Rakhine was also the epicentre of separate violence in 2017 against hundreds of thousands of Muslim Rohingya minority, which one senior UN official described as “ethnic cleansing” with tension simmering for years.

In the most recent wave of violence, the Myanmar military is accused of launching air and artillery raids in civilian areas in Rakhine and Chin states, killing and injuring “scores of adults and children”, according to Lee’s report.

Men suspected of links to the Arakan Army have been reportedly detained for days and tortured. Schools, houses and a Buddhist temple have been burned or destroyed, even an entire village of up to 700 homes.

“In one artillery attack on 13 April, the Tatmadaw killed eight civilians, including at least two children, when it hit Kyauk Seik village, in Ponnagyun township, with artillery from its nearby Battalion 550 base” in Rakhine, Lee said.

Witnesses told Lee that entire populations of villages have fled following the attacks. The military has also allegedly disappeared, arrested, tortured or killed dozens of men.

After burning up to 700 homes in Tin Ma village in Kyauktaw on 22 March, at least 10 men disappeared. One man was found shot dead and decapitated bodies were later discovered in a nearby river.

In one case, a severely injured teenage boy died at a military checkpoint in Rakhine after the military allegedly forced the vehicle transporting him to wait there on the way to hospital.

Lee said accountability is critical to ending the conflict, accusing the military of operating “with impunity.”

“For decades, its tactics have intentionally maximised civilian suffering; we all know what they did to the Rohingya in 2017,” she said, referring to the violence against Rohingya that forced more than 700,000 of them to flee to neighbouring Bangladesh and other countries.

They are now targeting all civilians in the conflict area, with people from Rakhine, Rohingya, Mro, Daignet and Chin communities being killed in recent months. Their alleged crimes must be investigated in accordance with international standards, with perpetrators being held accountable.”

The report also accused the Arakan Army of conducting “hostilities” that affect civilians, including kidnapping local officials and parliamentarians.

The focus of all authorities, including security forces, should be on dealing with the COVID-19 crisis, Lee said.

Aid workers also have been singled out in the conflict.

Last week, a WHO driver and Ministry of Health and Sports worker were injured, and the driver later died, after their UN-marked car was shot at while trying to transport coronavirus testing samples from Sittwe to Yangon.

“Humanitarian workers are not a target; attacking them is a serious violation of international humanitarian law. There must be an investigation into who was responsible for the attack, with perpetrators held accountable,” Lee stressed.

As she concludes her tenure as UN Rapporteur in Myanmar, Lee urged the government and its security forces to abide by the International Court of Justice’s provisional measures and its own Presidential directive to respect the Genocide Convention. 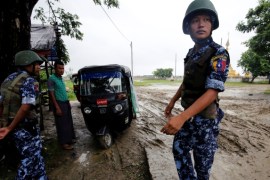 Attack on WHO vehicle that killed Myanmar driver condemned

Humanitarian groups urge military and rebels to heed UN’s call for a global ceasefire amid the coronavirus emergency. 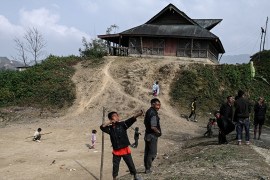 Tribes along India-Myanmar border dream of a ‘united Nagaland’

Dozens of Naga tribes yearn to reunite the 3 million living in India with their 400,000 estranged cousins in Myanmar.