Nearly 70 residents sickened with coronavirus have died at a home for ageing veterans in Massachusetts state as officials try to figure out what went wrong in the deadliest known outbreak at a long-term care facility in the United States.

While the death toll at the state-run Holyoke Soldiers’ Home continues to climb, federal officials are investigating whether residents were denied proper medical care, and the state’s top prosecutor is deciding whether to bring legal action.

“It’s horrific,” said Edward Lapointe, whose father-in-law lives at the home and had a mild case of the virus. “These guys never had a chance.”

Sixty-eight veteran residents who tested positive for the virus have died, officials said on Tuesday, and it is not known whether another person who died had COVID-19. Another 82 residents and 81 employees have tested positive.

The home’s superintendent, who has been placed on administrative leave, defended his response and accused state officials of falsely claiming they were unaware of the scope of the problem there.

The superintendent, Bennett Walsh, said earlier this month state officials knew the home was in “crisis mode” when it came to staffing shortages and were notified early and often about the contagion at the facility.

Staffing problems that plagued the home for years contributed to the virus spreading like wildfire, said Joan Miller, a nurse who works there.

Because staffing was so tight, employees from one unit were constantly moving to other units to help out – and bringing their germs with them, she said.

At one point, a unit was shut down because there was not enough staff to operate it, and those veterans were moved into close quarters in other parts of the building, she said.

“Veterans were on top of each other,” she said. “We didn’t know who was positive and who was negative and then they grouped people together and that really exacerbated it even more,” said Miller, who spoke through a mask during a break from her job at the facility.

“That’s when it really blew up,” she said.

The situation is now “somewhat contained” because there are so few veterans living there, Miller said.

There were nearly 230 residents living at the home in late March and only about 100 remained on Monday, The Boston Globe reported.

For most people, the coronavirus causes mild or moderate symptoms, such as fever and cough, that clear up in two to three weeks. For some, especially older adults and the infirm, it can cause more severe illnesses, including pneumonia.

Beth Lapointe said her father’s roommate tested positive for the virus in March – and later died – but her father was initially denied a test because he did not show any symptoms. As the virus spread, family members were kept in the dark about what was going on inside, she said.

“Every day I would ask different people, ‘What’s going on in there?’ And I would never get information,” she said.

Governor Charlie Baker’s administration has hired an outside lawyer to conduct an investigation into the deaths.

Massachusetts Attorney General Maura Healey is also investigating to determine “what went wrong at this facility and determine if legal action is warranted”.

The US attorney’s office in Massachusetts and the Department of Justice’s Civil Rights Division are looking into whether the home violated residents’ rights by failing to provide them with proper medical care.

The death toll at the home appears to be the largest at a long-term care facility in the US, analysts said.

“It’s also symbolic of how unprepared many nursing facilities have been,” said Dr Michael Wasserman, president of the California Association of Long Term Care Medicine.

“Geriatricians and experts in long-term care medicine were sounding alarms at the beginning of March and we’ve essentially been ignored by everyone – federal, state, local government and the nursing home industry,” he said.

There is currently no official count of nursing home deaths across the country. The federal government has only recently required the nation’s more than 15,000 nursing homes to start reporting numbers of confirmed and presumed deaths and infections, but it is not yet clear when that count will be published.

In the meantime, The Associated Press news agency has been compiling its own tally from state health departments and media reports, finding at least 13,762 deaths from outbreaks in nursing homes and long-term care facilities across the country.

But that is also likely an undercount because only about half the states are currently reporting nursing home deaths and not all count those who died without ever being tested for COVID-19. 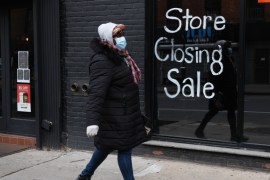 US struggles to reopen as coronavirus cases hit 1 million mark

Infrequent testing and concerns over health threats cause many to hesitate as some US states begin opening. 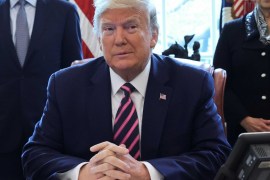 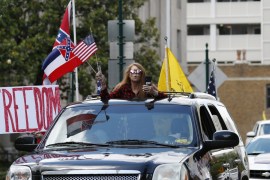