Southeast Asian countries would have likely experienced a much less severe drought last year if it were not for China’s dams, a new study says, prompting a pushback from the intergovernmental Mekong River Commission (MRC).

The 4,000-km (2,485-mile) Mekong is one of the world’s longest rivers – winding through China, Myanmar, Laos, Thailand, Cambodia, and Vietnam – and millions of people rely on it daily for food and income.

Using information from 1997 to 2001 to compute representative flows under normal conditions, authors Alan Basist and Claude Williams found that although China saw slightly above-average water flow from the Mekong last year, the data from Thailand’s Chiang Saen gauge, the facility that monitors water level, showed that much less water had made it downstream.

Their findings show a variation between the height of the river under natural conditions, and the time that the dams started operating.

Last year, the lower Mekong countries saw one of the worst droughts ever recorded – with disastrous consequences.

Cambodia’s Tonle Sap, a lake that relies on water pushing in from the Mekong during the rainy season, did not see the usual inflow. This took away breeding ground for fish, and fishermen said they brought in only a fraction of their usual catch.

In Vietnam, more saltwater than usual pushed into the river, killing aquatic life and rice fields in the surrounding area without fresh water for irrigation.

This, in part, was because was China holding back water upstream.

“2019 was unprecedented. The whole natural pulse of the river was missing during the wet season,” said Basist, a climatologist who has done extensive research on water and meteorology since the 1990s.

In 2012, when the Nuozhadu dam started operating in China’s Yunnan Province, the 27,490 cubic-metre reservoir altered the flow and disrupted the natural cycle of the Mekong River. 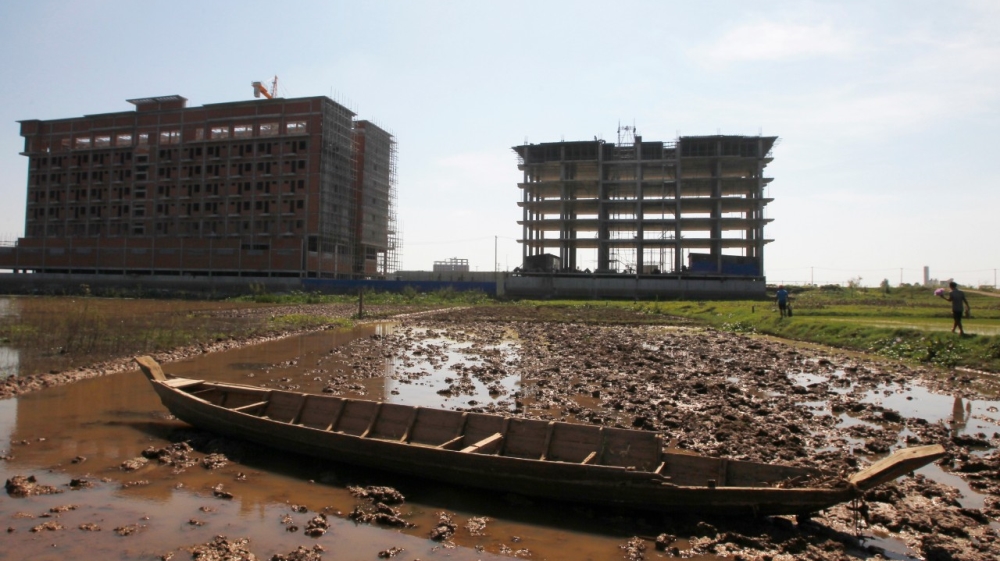 “After that, things radically changed. What was a natural flow before, is now very irregular,” Basist said.

A total of 11 upstream dams are now operating in China.

The Mekong River fluctuates extremely each year, swelling during the wet season when snow and glacial water melts and monsoon rains hit the region.

“The annual flood pulse is critically important to drive the natural resource base of the Mekong, which produces 20 percent of the world’s freshwater fish catch, and drives the livelihoods of tens of millions of people downstream,” he said.

The latest study analysing Mekong’s water flow has prompted Somkiat Prajamwong, secretary-general of the Office of the National Water Resources of Thailand, to call for increased cooperation among countries that benefit from the river.

Somkiat, who is also a member of the inter-governmental Mekong River Commission (MRC), said more studies were needed to understand droughts effectively.

“We have to come to the table and discuss together,” he said at a press conference on Thursday.

“The study confirms what locals, especially those living along the Mekong on Thai-Lao border in Chiang Rai, have experienced this for over two decades – unusual water fluctuations,” she said in an email.

“This includes both extended (and/or unseasonal) drought conditions and sudden water level rises.”

Devastating impact on the ecosystem

The system of dams, she said, “has disrupted downstream flows of water, sediment and vital nutrients, which in turn have had devastating impacts on the ecosystem and aquatic resources important for communities living in the Lower Mekong countries.”

China’s Foreign Affairs Spokesperson Geng Shuang, however, appeared to have partially dismissed the findings of the study.

Geng was quoted by the state-owned Xinhua news agency as saying the drought was caused by natural conditions. But he also promised to improve the sharing of information about the Mekong with countries downstream.

The MRC – a body consisting of representatives of Laos, Cambodia, Vietnam, and Thailand – said more scientific evidence was needed to decide whether the 2019 drought was caused by water storage.

In a statement on Tuesday, the MRC said the drought had not been caused by dams, but rather by insufficient rainfall during the wet season as well as the warm weather brought about by El Nino.

While Basist agreed that weather conditions were the primary cause for the drought, he said the dam exacerbated the issue.

“It was a one-two punch,” he said. “All this water that would naturally be flowing down was captured upstream.”

The MRC also said researchers relied on calculated flows, while the actual flows from China were higher than typical for the dry season, according to their data.

But Basist said his study was based on real-time observations, pointing out that this did not contradict his findings. He said his study had showed that there indeed was above-average water flow during the dry season.

In contrast, the study found that during last year’s wet season, China had above average water, but that did not flow downstream to other countries.

He said Eyes on Earth’s model showed that the water upstream would have been enough to generate the river’s natural flood cycle.

“If China’s 11 dams were not there, much more water would have been available along the Mekong mainstream and in the areas that take water from the mainstream.”

In a statement to Al Jazeera, the MRC Secretariat said the study should have processed the data on the basis of a daily, not monthly, average.

“We strongly encourage the authors to submit their study for a rigorous, scientific peer-review process to validate the accuracy of the study and its findings,” they said.

They added that the authors should “qualify some of the broad statements that the report makes”, without elaborating further.

But Basist said most of the criticism was unsubstantiated.

“I don’t know where the criticism comes from … I think I need to educate them more about what the wetness index is and what it isn’t,” he said. “I only speak as a scientist. I stand behind the data.”