Police in Vancouver are trying to identify the attacker of an elderly man of Asian ethnicity, who was physically assaulted because of his race and yelled at using slurs that included references to the coronavirus.

The attack in the city on Canada’s west coast, which was caught on surveillance camera, took place outside a convenience store in mid-March but was made public by the Vancouver Police Department (VPD) on Wednesday.

“Everything about this assault and the behaviour of the suspect is despicable,” Constable Tania Visintin, a VPD spokeswoman, said in a videotaped statement posted on its website.

“As a police department, we do not tolerate incidents motivated by bias, prejudice, or hate. It’s even more disturbing considering the victim’s age.”

The police said it is investigating the incident as a hate crime.

The assault was one of the latest incidents of physical and racial abuse targeting people of Asian origin in several countries.

More than 2.6 million people have now been diagnosed with coronavirus worldwide, and nearly 184,000 have died, including at least 45,000 in the United States and almost 2,000 in Canada as of Wednesday.

The first cases of the disease, known as COVID-19, were reported in the central Chinese city of Wuhan in late December. Since then, the infectious disease has spread throughout the world igniting hostilities not only against people of Chinese origin, but also of Asian descent in general.

On the specific incident in Vancouver on March 13, police said the 92-year-old victim, who suffers from severe dementia, had wandered into a convenience store in the city’s downtown area.

The suspect, who is in his 50s with a heavy build, then began yelling racist remarks at the victim that included comments about COVID-19.

Outside the store, the suspect then shoved the elderly man, causing him to fall to the ground and hit his head. The suspect left the store before police arrived.

Police said at least 11 hate crimes were reported in March. Five of those reports had an anti-Asian element.

So far in 2020, there have been a total of nine anti-Asian hate crimes reported to the police. In comparison, there were 12 in all of 2019.

“We know that hate crimes and hate-motivated incidents are generally underreported. We believe the increase in March is indicative of a larger issue,” Visintin, the VPD spokeswoman, said.

“We are making a plea to victims or people who witness hate crimes to please come forward and report the incidents to police so they can be investigated.”

In the US, the Asian Pacific Policy and Planning Council reported that since mid-March, it has received more than 1,100 reports of coronavirus-related discrimination from Asian Americans across the country.

“It’s disheartening to see such a high number of incidents, especially when we consider that much of the nation is sheltered-in-place,” said Manjusha Kulkarni, executive director of the organisation, which advocates for the Asian-American community.

However, it is not just people of Asia-Pacific descent who have been targeted due to the coronavirus outbreak.

In China, there have been several reports of African workers and students being discriminated against by their Chinese hosts, including being barred entry from restaurants and department stores, as well as being evicted from their apartments. 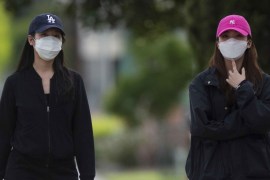 Anti-Asian racism must be stopped before it is normalised

The US must not repeat the same mistake it made after 9/11 by allowing the scapegoating of a whole minority population. 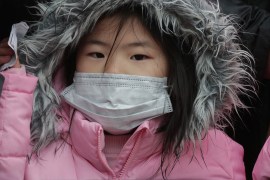 Coronavirus: Is it revealing hidden racism?

The current climate of distrust is not new to Asians who remember SARS, but this is the first disease to have the full force of social media behind it – offensive memes and all. 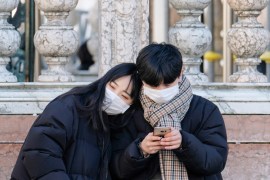