The World Health Organization (WHO) has started using the phrase “physical distancing” instead of “social distancing” as a way to prevent the spread of the novel coronavirus from people to people, a move widely welcomed by experts as a step in the “right direction”.

At a daily news briefing on March 20, officials of the global health body said while maintaining a physical distance was “absolutely essential” amid the global pandemic, “it does not mean that socially we have to disconnect from our loved ones, from our family.”

The rapid spread of the virus, which was first detected in the Chinese city of Wuhan last December, has forced countries around the world to impose full lockdowns, shut down airports and impose tight restrictions on the movement of their citizens.

“We’re changing to say physical distance and that’s on purpose because we want people to still remain connected,” she added.

Since coronavirus is spread mainly through respiratory droplets, especially when people cough or sneeze, maintaining a safe distance is recommended to decrease transmission.

The WHO recommends being more than one metre (three feet) away from the nearest person, while some health experts have suggested maintaining a distance of at least two metres from others. 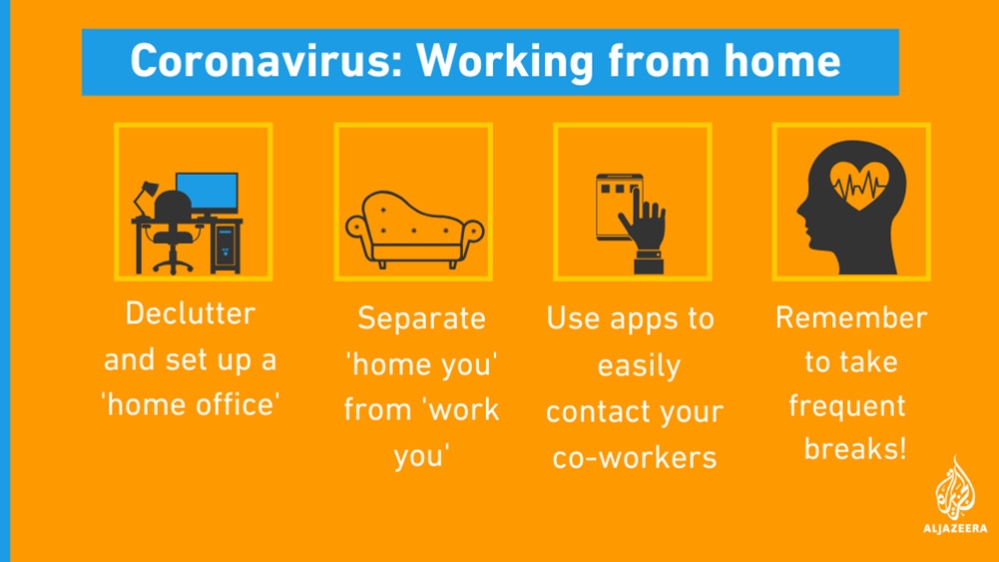 A number of measures can be taken to increase the physical space between people.

They include staying home more often, working from home if possible, catching up with loved ones online instead of in person, strictly limiting the number of visitors to your home, avoiding large public gatherings or public transport, and staying away from other people when you are in a public space.

“Social distancing makes it sound like people should stop communicating with one another, while instead we should be preserving as much community as we can even while we keep our physical distance from one another,” Jeremy Freese, professor of sociology at Stanford University in the United States, told Al Jazeera.

“It occurred to me from the beginning that this was an unfortunate choice of language to talk about ‘social distance’, when actually what was meant was ‘physical distance,'” Bauer told Al Jazeera.

“Physical distance is measured in metric metres or centimetres. It is the geographical distance from person A to person B while ‘social distance’ is a measure of distance across social boundaries,” he explained.

Bauer said it was important to differentiate between the two terms.

“It is good that WHO finally tried to correct an early error of mistaking physical distance for social distance,” he said.

“In these strange times of the virus, we want clear physical distance (minimum two metres), but at the same time, we want people to remain close to each other ‘socially’.”