Turkey-backed opposition fighters have recaptured a town in northwestern Syria after clashes with government-allied fighters.

Turkish state media and a war monitor reported on Monday that rebels seized the town of Nairab, considered a gateway to the strategic town of Saraqeb, which lies close to a junction between two major highways.

The UK-based Syrian Observatory for Human Rights said the clashes killed dozens of pro-government fighters and Syrian troops as well as opposition fighters on Monday.

“With the help of our Turkish friends, we have regained control of the strategic town of Nairab, the gateway of Saraqeb, after expelling the terrorist Russian militias,” Yusef Hamoud, spokesman for the Turkey-backed National Army, told Reuters news agency.

Earlier on Monday, the Observatory reported that Russian air attacks killed five civilians in the Jabal al-Zawiya area in the south of Saraqeb.

Syrian state news agency SANA said “units of the Syrian army continued to progress in the south of Idlib” province after seizing 10 towns and villages south of the M4 highway.

Observatory chief Rami Abdel Rahman said the government’s aim was to wrest back control of stretches of the M4, which links the cities of Aleppo and Latakia.

That would require operations against the towns of Ariha and Jisr al-Shughour, both along the M4.

They are allied to Hay’et Tahrir al-Sham, a group that dominates the Idlib region.

Last April, Syrian government and allied forces launched a military offensive to capture rebel-held areas in western Aleppo and Idlib provinces. A number of ceasefires failed to hold in the summer and Damascus relaunched its offensive in December.

Since December, fighting in northwestern Syria has forced about 900,000 people to flee their homes and shelter near the Turkish border.

The United Nations said on Monday that the latest fighting was coming “dangerously close” to the displaced people’s encampments, risking an imminent “bloodbath”.

Mark Cutts, a UN humanitarian coordinator, told reporters in Geneva that the world body was trying to double aid deliveries across a border crossing with Turkey, from 50 to 100 trucks a day.

Turkey has already taken in 3.6 million Syrian refugees and has said it is unwilling to open its borders to a new influx from Idlib.

Fearing a fresh refugee crisis, Turkey has poured thousands of troops into Idlib in the last few weeks and President Tayyip Erdogan has threatened to use military force to drive back Syrian forces unless they pull back by the end of the month.

“That’s why it has been framing its military activities in Idlib as a means to prevent more refugees from crossing,” he said.

“The [political] cost will likely be high for him if he loses many soldiers in Syria and still fails to stop refugees from crossing to Turkey. But he might be able to gain from the crisis if the outcome of his intervention is positive.”

This month, as many as 16 Turkish military personnel have been killed by Syrian forces in northwestern Syria and several Turkish military observation posts – which Ankara thought were safe under deals with Russia, a key Damascus ally – ended up being surrounded in areas retaken by government forces. 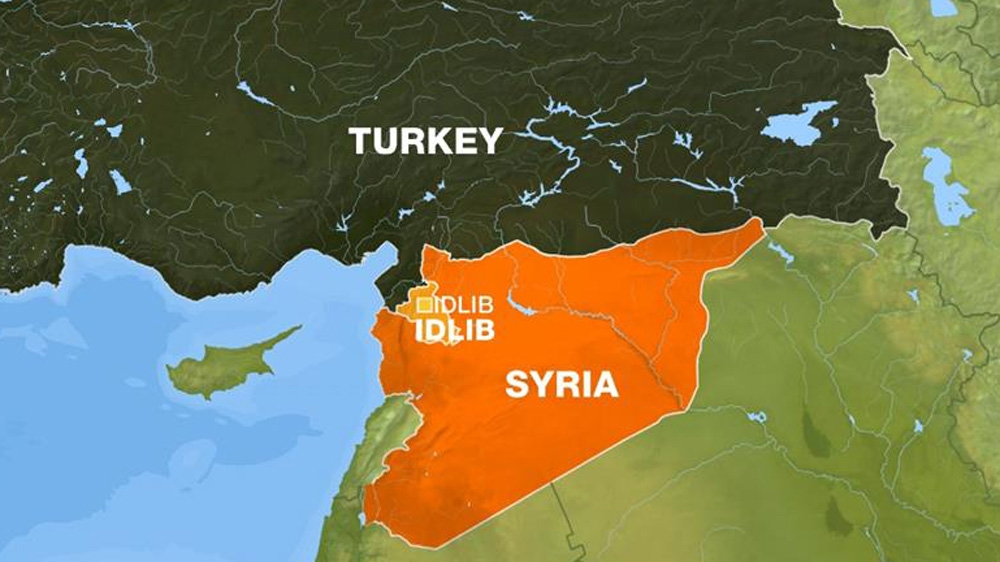 No agreement on summit

Erdogan said a Russian delegation would arrive in Ankara on Wednesday to discuss the situation in Idlib.

“We try to determine our road map by negotiating with Russia at the highest level,” he told reporters on Tuesday.

Erdogan also said he might meet his Russian counterpart Vladimir Putin on March 5 at a proposed summit with France and Germany but that “there is no full agreement yet between [French President Emmanuel] Macron, [German Chancellor Angela] Merkel and Putin”.

Macron and Merkel have urged Putin to end the conflict, concerned about the humanitarian situation.

A Turkish offensive against Syrian government forces “is still a possibility” if political negotiations between Ankara and Moscow prove fruitless, Haid said.

“Allowing Assad to capture Idlib will not only hurt Erdogan domestically, it will likely damage Turkey’s reputation and its ability to project power.”

For Haid, such a confrontation would not necessarily spell the end of the Turkish-Russian alliance given the burgeoning ties between the two countries in recent years especially in the fields of energy and defence.

“The current alliance between Turkey and Russia is broader than Syria,” he said.

“That is why neither of them is willing, at least for now, to destroy it. Idlib is important for Turkey but it is still not considered a deal-breaker.”