It has been 26 days since the middle-aged woman from Humera, a city in Ethiopia’s northern Tigray region, lost contact with her husband and children.

She is among the tens of thousands of Ethiopian refugees to have crossed the border into Sudan in recent weeks to flee the fighting that broke out early last month between federal government troops and Tigrayan rebels.

Sitting inside a tarpaulin tent at a border refugee camp, she is checking again with the Sudanese Red Crescent Office for new information. Not ready to give up, she says she prefers to stay in the area, hoping that her loved ones might show up here at any moment.

Such stories of separation or of refugees not being able to reach family members are common here.

The Sudanese Red Crescent, working in coordination with the International Committee of the Red Cross, is trying to help.

“At the beginning, we allow them to call their family members for free. If that doesn’t work, we send short messages via our partner agencies in Ethiopia. So far we have conducted 2,500 phone calls and sent 86 messages. Seventy percent of the phone calls lead to good results.”

Over the past few days, the number of refugees arriving into Sudan has increased from about 400 a day to more than 800, according to the United Nations.

Part of the increase is due to a new round of fighting that has been reported between the Ethiopian army and rebel forces loyal to the Tigray People’s Liberation Front (TPLF) in the area of Shire, west of the regional capital, Mekelle.

“There is a lot of fear,” says Andrew Mbogori, emergency coordinator for the United Nations High Commissioner for Refugees. “There [are] a lot of communal conflicts inside Tigray and they found it easier or safer to come to Sudan.”

Al Jazeera’s Mohamed Vall, reporting from Um Rakuba refugee camp, said there was a flurry of construction activity at the settlement.

“The place is expanding,” he noted. “The feeling is that this situation is going to take a lot of time before being resolved; people are saying they can’t go home to Ethiopia until they see a political settlement, until they make sure that the area of Tigray is under the authority of a locally elected government.”

In the early hours of November 4, the central government in Addis Ababa launched an offensive on Tigray to capture its leaders after what it described as a surprise attack by TPLF forces on army troops stationed in the region.

More than a month of fighting is believed to have killed thousands of people, displaced more than one million and driven some 47,000 others into Sudan.

A week after seizing Mekelle, the government says the conflict is nearing its final stages and that it is close to capturing the TPLF’s leaders. The TPLF, however, says there is still fighting outside the regional capital.

Reporting from near the border, Vall said refugees coming from Ethiopia are recounting instances of looting, as well as witnessing “two rounds of violence: the first being the military coming in to chase the rebels [away], and the second [being] members of local militia, particularly Amhara militia called Fano, who come after the defeat of the rebels to loot inside the homes and expel civilians from their places”.

Shimei Abra Adiko, an Ethiopian refugee in Sudan, said: “The militia said they would kill us because we are from Tigray. They told us, ‘You have 24 hours to leave’, and they began to loot our animals and property.”

The government has previously denied targeting or discriminating against ethnic Tigrayans, insisting its operations “target primarily the disgruntled, reactionary and rogue members of the TPLF clique”.

With most internet and telephone communications in Tigray down and access to the region severely restricted, it is difficult to verify the statements by either warring side. 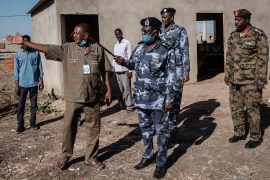 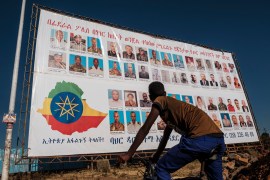 While the rest of the country has embraced a new horizon, the TPLF continues to hold on to its old divisive ideology. 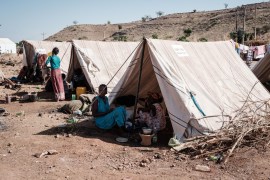 Fighting is ongoing ‘in many parts’ of Tigray, complicating efforts to deliver humanitarian aid the UN says.