Kuwait is holding parliamentary elections across the country on Saturday.

The elections come at a time when the wealthy OPEC member state is facing a liquidity crisis caused by low oil prices and the coronavirus pandemic, and the government is trying to boost state finances to plug a budget deficit.

Established in the 1960s, Kuwait’s unicameral National Assembly is regarded as the most powerful parliament in the Gulf Cooperation Council (GCC), comprised of 50 members who are directly elected every four years.

Unlike other Gulf countries, Kuwait’s parliament seats more elected than appointed members, all of whom are independents since political parties are banned.

The coronavirus has forced the 342 candidates to campaign via Twitter, Instagram, Zoom and other forms of technology. As of December 4, the country had more than 143,000 confirmed cases of COVID-19 and nearly 900 deaths.

As a result, voter turnout has proved a concern. However, local media reported in October that measures will be taken, including the presence of clinics in all 102 polling stations, in addition to social distancing and mandatory use of masks.

Corruption, debt crisis, and the number of women candidates have been prominent issues for the election.

Fighting corruption has featured prominently during the candidates’ campaigns, both for newcomers and those who are running for re-election like independent legislator Omar al-Tabtabaee.

“There’s corruption in our projects, in how they choose civil servants. No Kuwaiti is happy about our situation.”

Cinzia Bianco, a research fellow at the European Council on Foreign Relations, underscored “mismanagement of public funds” as the key issue.

“Nepotism, cronyism and issues that gravitate around public funds have been at the centre of Kuwait’s political life since 2011,” Bianco told Al Jazeera.

In a bid to protect the country from the wave of uprisings that swept through the region in 2011, then-Emir Sheikh Sabah al-Sabah ordered 1,000 dinars (about $3,300 at current exchange rate) grants and free food coupons for all Kuwaitis. The emir’s gesture of solidarity did little to dissipate the grievances.

“By now, it’s not a flare-up of a momentary issue,” said Bianco in reference to the 2011 protest demands.

“It’s more like a consolidated question that definitely needs to be addressed.”

Kuwait entered a debt crisis. The unsolved issues that weighed on the population about 10 years ago have been further exacerbated by the economic effects of the pandemic coupled with crashing oil prices.

Ratings agency Moody’s downgraded the rentier state this year for the first time ever, while the country’s deficit is expected to hit 40 percent of its gross domestic product this year, according to Kuwait’s national bank.

The finance minister warned that soon the government would not be able to pay salaries. This in turn could pave the way to a new wave of protests in a country where low oil prices and health and liquidity crises have contributed to creating the perfect storm.

With roughly 90 percent of Kuwaitis working in the public sector, a cutback on state spending, pensions and salaries could risk pushing people back onto the street.

Given the precarious times they are living through, Kuwaitis are likely to lean towards candidates with the ability to retain the country’s lavish subsidies and generous benefits, including cheap electricity and petrol.

Since women were first allowed to vote and run for office in Kuwait 15 years ago, only seven have been elected to parliament. Out of the 15 female candidates in the 2016 elections, only one – Safaa al-Hashem – was elected.

Al-Hashem is running again this year – only this time she is one among 33 female candidates, the highest number ever.

“Kuwaiti women are more aware now, and they have a motive to become a leader,” said candidate Reem Abdallah Aleidan.

“We also have our needs and rights that are neglected. We women were disappointed in the 2016 parliament due to how no one focused on women’s rights,” Aleidan told Al Jazeera.

In an effort to support female participants, a group of women in September founded Mudhawi’s list – an online platform that aims to raise the profile of female candidates and connect them with donors.

The National Assembly could welcome a higher number of women this year.

However, said Bianco: “It’s important to say that this is still a minority in the sense that the majority of seats are most probably going to go to [male] Islamist candidates or those close to them.”

In the last elections, opposition groups and their allies won nearly half of the seats.

This year’s outcome is likely to be similar, with Islamist groups garnering a majority of votes and no big political changes expected.

However, some Kuwaitis think online campaigning due to COVID-19 has given young candidates with a better grip on technology a head start.

The one certainty is that the soon-to-be-elected legislators will be faced with the uphill battle of returning Kuwait to its former glory days and avoiding new forms of social unrest. 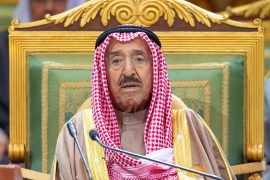 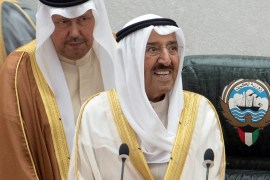 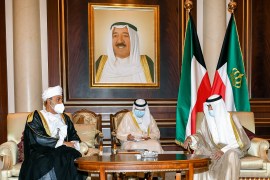 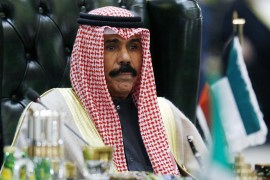 The selection of Sheikh Meshaal, currently the deputy head of the National Guard, must be approved by the parliament.