London, United Kingdom – The Times has agreed to pay £30,000 ($40,000) in damages to CAGE for falsely suggesting the advocacy group supported a murder suspect.

Five days later, The Times, a leading British newspaper, said CAGE and its outreach director Moazzam Begg were “excusing his actions by reference to failings by the police and others”.

CAGE campaigns against the injustices of the “war on terror” and calls for due process. Begg is a British citizen who was held in the US-run military prison Guantanamo Bay, without charge, for almost three years until he was released in 2005.

“We apologise to CAGE and Mr Begg for these errors and for the distress caused, and we have agreed to pay them damages and legal costs.”

CAGE said it will use the damages paid to “expose state-sponsored Islamophobia and those complicit with it in the press”.

Begg said the story was an example of media coverage that aimed to “perpetuate a narrative that demonises Muslims who seek justice and accountability from the state” and “make huge profits”.

CAGE will be dedicating the damages paid to expose state sponsored Islamophobia and those complicit with it in the press.

We will continue to shine a light on war criminals and torture apologists and press barons who fan the flames of hate.

Miqdaad Versi of the Muslim Council of Britain welcomed the move, saying the paper had previously been forced to apologise and pay damages for other misleading articles about British Muslims.

The Times has – again – been found out lying & had to pay damages for lying about Muslims. You cannot trust the paper on *anything* related to Muslims.

Zillur Rahman, the solicitor who represented CAGE and Begg, said he was “delighted” with the outcome.

“£30,000 is a substantial sum of damages for an article that was online for less than 24 hours … It exemplifies the gravity of the allegations and provides the vindication to which CAGE and Mr Begg are entitled.

“It also demonstrates that the media cannot publish defamatory articles and assume that removing them from their websites and publishing inadequate corrections will permit them to avoid liability for these libels.” 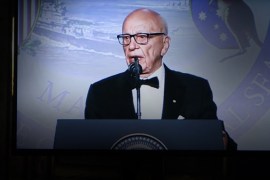 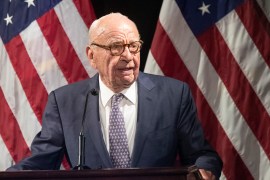 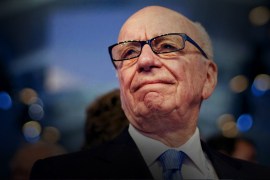 Is Murdoch media facing a reckoning in Australia?

Two former Australian prime ministers take on the Murdoch empire. Plus, the dangers of reporting in Uttar Pradesh.