The top Democrat on the US Senate Foreign Relations Committee said he expected lawmakers to vote as early as next week on resolutions seeking to block Republican President Donald Trump’s $23bn weapons sale to the United Arab Emirates (UAE).

“We are gathering support for it, and I would think some time next week,” Senator Bob Menendez told reporters on Thursday.

Menendez and two other senators – Democrat Chris Murphy and Republican Rand Paul – announced on November 18 that they would introduce measures seeking to halt the effort to sell drones, F-35 aircraft and other weapons systems to the UAE.

Menendez said he hoped more Republicans would support the resolutions.

It would take extensive support from members of Trump’s party – who rarely break from the president – to pass the resolutions and override an expected veto from Trump.

Republican Senator Marco Rubio, a foreign relations panel member and acting Intelligence Committee chairman, said he had not yet decided whether he would support the resolutions.

Like other legislators, he said he was left with unanswered questions after Trump administration briefings on the sale.

Rubio said one of his concerns was how the sale to the UAE would affect Israel, and another involved a matter he could not discuss publicly.

The sale could alter the balance of power in the Middle East, and members of Congress have chafed at Trump’s attempt to rush it through, having sent a formal notice to Congress only in mid-November.

Many lawmakers also worry about whether the UAE would use the weapons in attacks that would harm civilians in the war in Yemen, already one of the world’s worst humanitarian disasters. 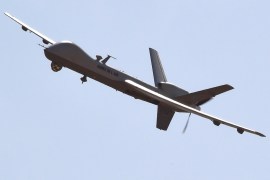 Senators cited national security and the UAE’s ‘behaviour’ in Yemen and Libya among reasons to halt the sale. 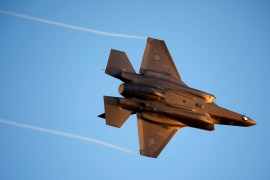 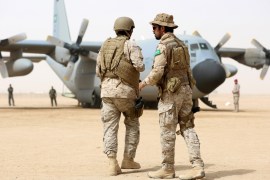