Israel appeared headed to its fourth election in two years on Tuesday after the failure of a last-ditch effort to keep the government afloat and push off the automatic dissolution of parliament.

Prime Minister Benjamin Netanyahu’s Likud party and Defence Minister Benny Gantz’s Blue and White alliance have been at odds over the national budget issue since forming a unity government in May.

Negotiations meant to bring about a budget compromise between the government’s two main parties broke down early on Tuesday and in a late-night Knesset session, members of the two parties voted 49-47 against a proposal to postpone Tuesday’s budget deadline for another two weeks.

By law, failure to pass it by then would force Israel back to the polls in March, the fourth election in less than two years.

Neither lawmakers nor the cabinet have passed it yet, a process near impossible to complete in a single day.

Netanyahu and defence minister Gantz established a unity government in May after three inconclusive elections held since April 2019.

Their pact involved Gantz taking over from Netanyahu as prime minister in November 2021, and passing a biennual budget for 2020 and 2021.

But even as that power-sharing pact was being inked, many analysts argued that Netanyahu, on trial for alleged corruption which he denies, would not relinquish the post.

Likud has since demanded to pass the budgets separately while Blue and White insisted Netanyahu stick to their deal.

Israel has so far this year managed its finances based on a pro-rated version of the 2019 budget. 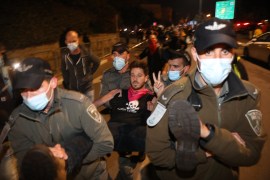 For six months, weekly protests against the Israeli prime minister have called on him to quit over corruption trial. 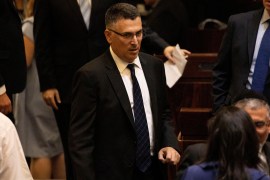 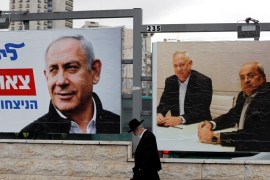