Beirut, Lebanon – Lebanon’s Parliament has endorsed a landmark law criminalising sexual harassment that could see the most flagrant perpetrators spend up to four years in prison and pay fines up to 50 times the minimum wage.

“It’s a very good law that should serve as a deterrent,” said Danielle Hoyek, a lawyer with gender equality organisation ABAAD, on Monday.

“It also provides a little bit of hope during this economic and social crisis Lebanon is going through. It shows that we aren’t living by the law of the jungle, that there are laws that you can lean on,” she told Al Jazeera.

ABAAD was one of a number of non-governmental groups that provided their inputs on the legislation.

In addition to punishing the perpetrators, the law affords protection to both the victims and any witnesses who testify against the accused.

It also creates a specialised fund at the Social Affairs Ministry tasked with offering support and rehabilitation to victims and raising awareness about sexual harassment, and explicitly gives victims to right to seek compensation.

Hoyek said it was one of the best laws of its kind in the region due to its broad scope and the wide definition of sexual harassment, defined as “any recurring bad behaviour that is out of the ordinary, unwanted by the victim, with a sexual connotation that constitutes a violation of the body, privacy, or feelings”.

The harassment can occur “through words, actions, signals or sexual or pornographic hints” and also includes harassment by electronic means.

In case force or pressure is used by a perpetrator for sexual gains, the harassment does not need to be recurring for it to fall under the law.

The United Nations’ gender equality and women’s empowerment office in Lebanon, UN Women Lebanon, tweeted that it was “the first law in Lebanon to penalise perpetrators of sexual harassment and abuse”.

Glaring barriers to equality still remain in Lebanon, including the fact that women are barred from passing on their nationality.

Marital rape also remains legal, while hundreds of thousands of mostly non-Lebanese female domestic workers are explicitly excluded from the most basic protections under the labour law.

Under the new sexual harassment law, the lowest sentences range between one month and one year and/or fine between three and 10 times the minimum wage, currently 675,000 Lebanese pounds per month. That equates to nearly $450 at the official government exchange rate, or about $80 at the market rate used for the purchase of mostly non-essential goods.

The punishment increases to between six months and two years in prison and a fine of between 10 and 20 times the minimum wage if there is a “relationship of dependency” or work between the perpetrator and the victim; if the perpetrator uses their position of power over a colleague; or if the harassment occurs at a range of state institutions, universities, schools or on transport services.

The harshest penalties, between two and four years in prison and a fine of between 30 and 50 times the minimum wage, are reserved for perpetrators who have “material or moral” power over the victim; if the victim is physically disabled or otherwise incapable of defending themselves; if the harassment is committed by two people or more; and if the perpetrators exert severe material, moral or mental pressure to receive sexual favours.

The Lebanese Parliament on Monday also endorsed amendments to a 2014 domestic violence law, broadening its scope to include violence related to – but not necessarily committed during – marriage.

“So if there is a divorce, for example, and the husband is violent against his ex-wife that is still considered domestic abuse,” MP Inaya Ezzedine, the chair of parliament’s Women and Children Committee, told Al Jazeera.

The law was also amended so that women who leave their husbands due to domestic violence can retain custody of their children until the age of 13 at least, “because we know that a lot of men who abuse their wives blackmail the women to stay in the relationship with the threat of taking away their kids”, Ezzedine said.

Ezzedine said the other MPs rejected her proposal to have children remain with their mothers until they reach adulthood.

Leila Awada, a lawyer with the prominent Lebanese women’s rights group KAFA, said a number of their more progressive proposed amendments had also been rejected, including mandating counselling and rehabilitation for those who commit domestic violence. 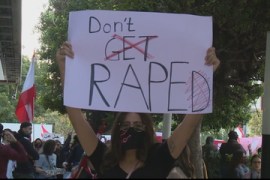 As anti-establishment protesters call for an end to corruption, women too are fighting a system that they blame for sexual assaults. 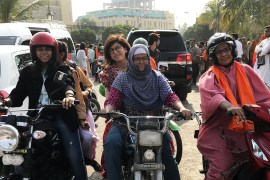 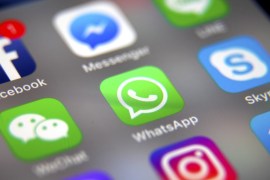 It is high time that social media companies took action.