Erbil, Kurdistan Region of Iraq – Displaced families in Iraq are being forced into homelessness and poverty, Human Rights Watch (HRW) warned on Wednesday, as authorities continue to close down camps that once housed hundreds of thousands of civilians.

For more than six years dozens of camps scattered across Iraq and the Kurdish region have housed victims of the 2014 onslaught by the armed group ISIL (ISIS) – many of whom were forced to flee their homes with nothing more than the clothes on their backs.

Camps in Baghdad-controlled territories are expected to close this month, and those in the Kurdish region by 2021, HRW cited three aid workers as saying.

Although rights groups have been openly critical of the encampments – at times referring to them as “open-air prisons” – they have also functioned as a refuge for families with nowhere to go.

“Under international humanitarian law you’re only allowed as a government to forcibly displace people where there’s military necessity,” HRW senior crisis and conflict researcher Belkis Wille told Al Jazeera. “This is a different context, because this is outside of the context of armed conflict.”

The official end of the war against ISIL means civilians are no longer endangered by an active conflict. But other dangers lurk, including unexploded ordnance and hostile communities.

Now even the flimsy comfort of a UNHCR tent is gone. More than 27,000 people have been forced from their respective housing following the closure of 11 camps by authorities since mid-October.

Sara is one of the many residents who packed her belongings and made her way home just a few weeks ago. But like others before her, she was prevented from resettling in her hometown of Qayyarah by residents and neighbours.

Some returnees are viewed suspiciously by neighbours because of their perceived ties to ISIL.

As a result, she has been forced into yet another camp. Homeless and unable to restart her life, Sara now awaits a government decision in Amiriyat al-Fallujah camp.

All of the families interviewed by HRW said they would not return home because of concerns for their personal safety. Others, such as Nour, went back to their hometowns only to find a new family living in her home.

“I tried to return to Qayyarah, but I couldn’t because Kurds had taken over my house – so I had to rent a house in Erbil,” she said.

And while reintegrating families back into their communities is a positive step, HRW warned the “current approach of forcing people out of camps that have provided them with food, shelter, and security for years, often with only 24 hours’ notice, makes them even more vulnerable”.

Names of displaced civilian were changed for security reasons 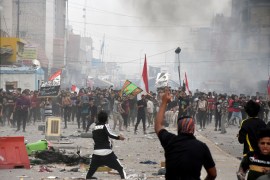 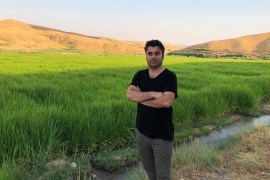 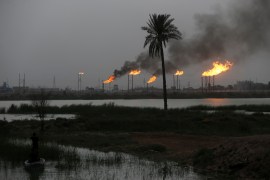 The ISIL armed group claims responsibility for the rocket attack, which briefly halted operations at the small refinery.