Bulgaria has given a Russian diplomat 72 hours to leave the country after prosecutors alleged he had been involved in espionage since 2017, the foreign ministry said on Friday.

The Russian diplomat is the sixth to be expelled by NATO member Bulgaria since October 2019 for suspected espionage.

Russia’s embassy in Sofia said in a statement that the expulsion of its military attache was groundless and that Moscow reserved the right to respond.

“The unreasonable expulsion of the head of the representation of the Ministry of Defence of the Russian Federation does not contribute to the development of dialogue between our countries in the military sphere or to the strengthening of stability in the Black Sea region,” it said.

Bulgarian prosecutors said the Russian diplomat had been seeking sensitive military information, including on the number of American soldiers deployed in Bulgaria during military drills.

Prosecutors said they had evidence that the diplomat had been in contact with a Bulgarian citizen with access to classified information to whom money had been offered.

After the announcement of the expulsion, the US and British embassies in Sofia expressed support for Bulgaria’s efforts to protect its sovereignty and security.

She said NATO military drill scenarios included possible attacks on Russian territory, while infrastructure was being upgraded and weapons deployed in Bulgaria and Romania.

Bulgarian Prime Minister Boyko Borissov has dismissed such concerns but has confirmed that Bulgaria is upgrading its airports to host eight new F-16 fighter jets it bought from the United States.

It has also ordered two new patrol ships to replace ageing Soviet-era vessels to improve its compliance with NATO standards. 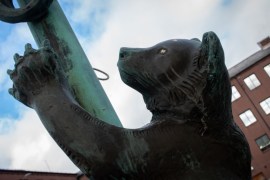 The Norwegian town caught in a ‘spy war’ with Russia

The Arctic town of Kirkenes near the Russia border feels the chill as tensions between NATO and the Kremlin rise. 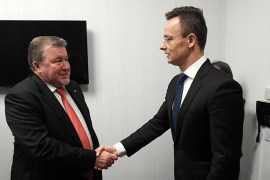 The Moscow-backed bank’s staff are reportedly being granted full diplomatic immunity by their Hungarian hosts. 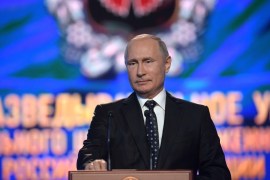 Russia’s spy war in the Balkans

The Balkans have seen an uptick in Russian spy activity. Will this damage relations with Moscow?