Protesters have marched in northwestern Nigeria under a banner reading #BringBackOurBoys as pressure has mounted on the government to improve security in the region and secure the release of more than 300 kidnapped schoolboys.

Parents fear time is running out to bring the boys home. The armed group Boko Haram, which has said in an unverified audio message that it was behind their abduction from a school on December 11, has a history of turning captives into fighters.

In the city of Katsina on Thursday, dozens of people marched through the streets in response to a call from the Coalition of Northern Groups (CNG), a civil society body that focuses on the welfare of northern Nigerians. Some chanted “Save northern Nigeria”.

A video circulating on social media on Thursday purportedly showed Boko Haram members with some of the boys.

Featuring Boko Haram’s emblem, the video showed a group of boys in wooded begging security forces to let them leave.

Reuters was not able to immediately verify the authenticity of the footage, the boys shown or who released it.

A spokesman for President Muhammadu Buhari did not immediately respond to a call and messages regarding the video.

If its claims are true, Boko Haram’s involvement in northwestern Nigeria marks a geographical expansion in its activities.

Usamu Aminu, one of the Nigerian schoolboys who was abducted and escaped spoke about his ordeal to journalists.

It was late Friday night when the 17-year-old heard gunshots at the Government Science Secondary School, at first thinking they had come from the nearby town.

As soon as he and the other students realised there was a raid on the school, they scrambled out of their dormitory and scaled the school’s fence in the pandemonium.

“After we scaled the fence, we were hearing voices that we should come back,” he told The Associated Press news agency.

The boys returned “thinking they were police officers. Unknown to us it was the bandits. They then gathered us at a spot. That was when we realised they were bandits, wearing military uniform,” he said.

They walked through the night in the bush. During their hike, Aminu said they met young boys in their teens, armed with guns. He said some were younger than him.

Exhausted from the trek as he suffers from sickle cell anaemia, Aminu held onto the shoulders of two friends “as the bandits continued to flog people from the back so that they can move faster”.

After dark, the boy decided to recite passages from the Quran for protection. It was then that he managed to slip away unnoticed into the night and hide in a mosque.

A local resident eventually found him coughing and offered him a change of clothes so that he could leave his school uniform behind, he said. He returned home at about 11 pm on Sunday.

Al Jazeera’s Ahmed Idris reporting from Kankara said that a lot of the children who have escaped have talked about trekking through tough conditions: scaling mountains, hills and crossing forests as their abductors pushed them deeper and deeper into the forest.

He said that on the way to Kankara, a large presence of troops could be seen and roadblocks have been set up along the way.

“The officials here are telling us they want to keep things tighter and tighter under control,” Idris said.

“One official said they have denied those people holding the children, freedom of movement and have kept them in one place. When parents heard this, they were hopeful that there will be a quick resolution to this issue.”

The hashtag #BringBackOurBoys has been trending on Twitter in recent days and echoes a campaign that was launched to bring home more than 200 girls abducted by Boko Haram in 2014.

He said there was a “huge vacuum in the political will and capacity of government to challenge” the kidnappers, who abducted the boys from the all-boys Government Science secondary school in the town of Kankara in Katsina state.

About 320 boys are still missing, the Katsina state government has said.

An aide to Masari said soldiers and intelligence officers had been combing the Rugu forest, which stretches across Katsina, Zamfara, Kaduna and Niger states, in search of the boys.

Regional security experts say the boys could be taken over the nearby border into Niger, which would make finding them harder.

Armed gangs that rob and kidnap for ransom, widely referred to as “bandits”, carry out attacks on communities across the northwest, making it hard for locals to farm, travel or tap rich mineral assets in some states such as gold.

Criminal gangs operating in the northwest have killed more than 1,100 people in the first half of 2020 alone, according to rights group Amnesty International.

In the northeast, Boko Haram and its offshoot, Islamic State West Africa Province, have waged a decade-long insurgency estimated to have displaced about two million people and killed more than 30,000.

They want to create states based on their hardline interpretation of Islamic law. 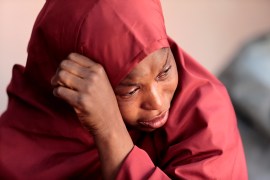 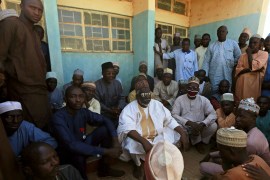 More than 300 schoolboys are still missing in Nigeria’s Katsina state after gunmen attacked their school on Friday. 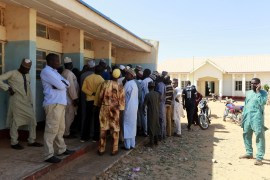