South Korea has hit another record high of daily new coronavirus cases since the pandemic began, prompting health officials to consider even tougher measures to curb the spread of infection.

Of the new cases, most transmissions were reported from the capital, Seoul, the nearby Gyeonggi Province as well as the city of Incheon.

Wednesday’s numbers were only the second time that new cases breached the 1,000 mark, according to Yonhap news agency.

The KDCA also reported 12 additional deaths, raising the total to 612. On Tuesday, the country reported 13 deaths, a record high.

In the early stage of the pandemic, South Korea was among the countries that received praise for its quick response, including the implementation of mass testing and technology-driven contact-tracing.

In response to the latest wave of the disease, health authorities are expanding free COVID-19 tests to find more potential cases.

Health authorities said they expect the country’s virus caseload could go up to 1,200 a day.

According to Yonhap, medical officials are also ramping up the number of hospital beds, while also trying to find more of the “hidden spreaders”, who are asymptomatic.

Of the patients admitted to hospital the number of seriously or critically ill patients increased by 21 on Wednesday to 226.

Tougher social-distancing measures are also being considered, although it is feared that it could also damage the country’s economy, which is already reeling from the earlier lockdowns.

Under the current limit, as many as 49 people are still allowed to gather. But the government could change that, banning any gatherings of 10 or more people.

Schools will also be fully shut down, and companies are required to have nonessential employees work from home.

Last week, the country’s health ministry had announced that the government has secured early access to vaccines from four pharmaceutical companies and a global vaccine project that could cover 44 million of its population. 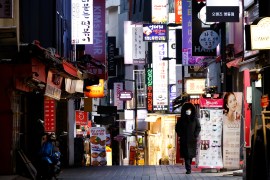 Authorities warn they may have to tighten physical distancing measures to nation’s highest level if spread continues. 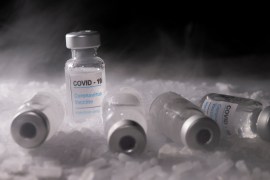 First doses to arrive in March, but officials will wait and see how vaccines work in other countries to ensure safety. 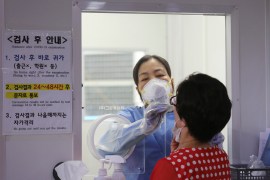