The United Kingdom and the European Union agreed to “go the extra mile” in coming days to try to reach an elusive trade agreement despite missing their latest deadline to avert a turbulent “no-deal” exit for Britain from the EU’s orbit at the end of the month.

British Prime Minister Boris Johnson and European Commission chief Ursula von der Leyen had given negotiators a Sunday deadline to find a way to resolve an impasse on arrangements that would guarantee Britain zero-tariff and zero-quota access to the EU’s single market.

Both said on Friday that a no-deal Brexit was now the most likely outcome, but on Sunday they mandated negotiators to continue.

“Despite the exhaustion after almost a year of negotiations, despite the fact that deadlines have been missed over and over we think it is responsible at this point to go the extra mile,” Johnson and von der Leyen said in a joint statement.

Johnson said on Sunday he still hoped for a post-Brexit trade deal with the European Union but that failure remains the “most likely” outcome.

“The UK certainly won’t be walking away from the talks. I still think there’s a deal to be done if our partners want to do it,” Johnson said at 10 Downing Street.  “We’re going to try with all our hearts and we’ll be as creative as we possibly can.”

But Britain could not compromise on the “fundamental nature” of Brexit, controlling UK laws and fisheries, he said.

“The most likely thing now is of course we have to get ready for WTO terms,” Johnson added, referring to tariffs and quotas on the basic rules of trade set by the World Trade Organization.

“There is a clarity and a simplicity in that approach that has its own advantages. It’s not where we wanted to get to … but the UK is prepared,” he said.

Britain quit the EU in January but remains an informal member until December 31 – the end of a transition period during which it has remained in the EU single market and customs union.

Meanwhile, EU sources told Reuters news agency that EU and UK negotiators made some progress on narrowing their differences in trade talks, but there has been no decisive breakthrough on fair competition or fishing rights.

“They are making inroads on some difficult stuff. How to manage divergence and soften the blow for [EU] fishermen is still open,” an EU diplomat said.

A no-deal split would bring overnight tariffs and other barriers that would hurt both sides, although most economists think the smaller British economy would take a greater hit because the United Kingdom does almost half of its trade with the bloc.

Al Jazeera’s Paul Brennan said there are no expectations for a firm day today. “The expectation is that it will go one of two ways,” he said, speaking from Brussels.

“It will either be a no-deal, that the two leaders will agree they frankly reached the end of the road and that they are too far apart. The other possibility is that they will agree that there is still a glimmer of light and they will carry on talking.”

Whether it’s a negotiating ploy or not, Johnson has publicly said the UK would still thrive mightily if there is no deal and it was “very, very likely” that negotiations on a new relationship that will take effect on January 1 will fail.

Speaking to Britain’s Sky News on Sunday, British Foreign Secretary Dominic Raab said a no-deal Brexit could still be avoided if the EU accepts Britain’s right to be treated like “any other independent self-respecting democracy.”

“What really matters is what the EU is willing at a political level to commit to,” Raab said. “There is still I think a long way to go.”

Meanwhile, Irish Prime Minister Micheal Martin, whose economy is more entwined with Britain’s than any other EU state, said he “fervently” hoped the talks wouldn’t end on Sunday.

UK gov’t’s optimism not shared by others

Speaking from Westminster, Al Jazeera’s Babara Serra said the situation in the UK is tense, with some newspapers putting the chance of a no-deal Brexit at 80 percent.

“Overnight the country released contingency plans saying they will spend around $5bn trying ease the little bit of congestion that could come from a no-deal Brexit,” Serra said.

“Certainly the government is trying to sound upbeat. They’ve said they have prepared for all of the possible worst-case scenarios and that the UK is ready.”

However, Serra said that optimism is not shared by a lot of people.

“Supermarkets are worried,” she explained. “Food producers have said there could be a shortage of vegetables for the next three months so supermarkets should stockpile, and of course there are fears that that could cause some panic-buying here in the UK.”

On Saturday, Britain took the dramatic step of announcing that armed naval vessels will patrol its waters from January 1 to exclude European crews from the fisheries they have shared, in some cases for centuries.

Brussels’ tone has been less bellicose, and von der Leyen has made it clear the EU will respect UK’s sovereignty after Britain’s post-Brexit transition period, but neither side is yet ready to compromise on its core principles

Without a trade deal, cross-Channel trade will revert to the World Trade Organization (WTO) rules, with tariffs driving up prices and generating paperwork for importers.

A failed negotiation may poison relations between London and Brussels for years to come. 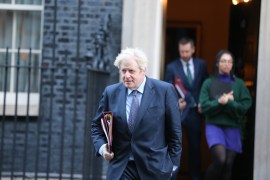 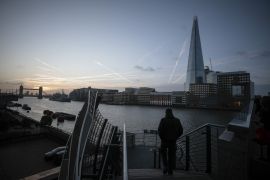 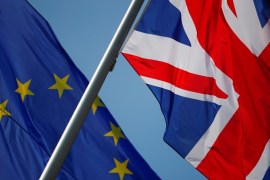 Many UK cabinet ministers reportedly ready to back PM Johnson over ending transition period without a trade deal.