The United Nations chief has called on world leaders to declare states of “climate emergency” in their countries to spur action to avoid “catastrophic” global warming.

Antonio Guterres’s comments on Saturday came during his opening statement to the Climate Ambition Summit, a virtual gathering aimed at building momentum for much steeper cuts in planet-warming emissions on the fifth anniversary of the 2015 Paris climate accord. More than 70 world leaders are due to address the one-day summit.

In Paris, five years ago, states promised to limit the rise in global temperature to 1.5 degrees Celsius (2.7 degrees Fahrenheit) as much as possible, Guterres said via video-link. But he pointed out that the pledges made to meet that goal were insufficient, and in some cases were themselves being ignored.

The UN secretary-general warned that if the global community does not change course, the globe may be headed towards a “catastrophic” temperature increase of more than 3C (5.4F) this century.

“Can anybody still deny that we are facing a dramatic emergency,” Guterres asked. “That is why today, I call on all leaders worldwide to declare a State of Climate Emergency in their countries until carbon neutrality is reached.”

The state of emergency should remain in place until carbon neutrality is achieved, meaning that no more additional greenhouse gases are being pumped into the Earth’s atmosphere, Guterres said.

He said G20 nations – responsible for the lion’s share of carbon pollution – were spending 50 percent more in their rescue packages on sectors linked to fossil fuels than to low-carbon energy.

“This is unacceptable. We cannot use these resources to lock in policies that burden future generations with a mountain of debt on a broken planet,” Guterres said, urging countries that had already announced net-zero targets to make good on their promises and to accelerate emissions cuts in line with the science.

The UN chief said key emitting sectors such as aviation and shipping must also “present new transformational road maps in line with this goal”.

“Climate action can be the catalyst for new jobs, better health and resilient infrastructure.”

The summit is being co-hosted by the UN, Britain and France, in partnership with Chile and Italy.

Chinese President Xi Jinping was among the world leaders addressing the summit, calling on the international community to support the Paris accord and make greater efforts to combat climate change.

“Faced with the challenge of climate change, mankind shares a common destiny, and unilateralism will lead us nowhere,” Xi said.

“Only by adhering to multilateralism, emphasising unity and promoting cooperation can we achieve mutual benefit and win-win results and benefit the people of all countries.”

China aims to reduce its carbon dioxide emissions per unit of GDP more than 65 percent by 2030 compared to 2005, Xi told the summit.

Unlike previous climate summits, no negotiations are planned. Only countries with climate policy achievements are permitted to speak, in a bid to pile pressure on the other participants.

On Friday, Britain announced it would pledge to end direct government support for overseas fossil fuel projects at the gathering, aiming to spur similar moves by other countries to accelerate a shift to cleaner energy.

Nick Mabey, chief executive officer of Third Generation Environmentalism, told Al Jazeera that the cost of clean energy has “fallen since Paris far, far faster that we ever thought … around 30 years faster for offshore, wind, solar and electric vehicles”.

“The UK just published a really detailed analysis of how it was going to get to carbon neutrality by 2050, and it was cheaper than its previous target … and cheaper than our targets 10 years ago, which were much more ambitious. So the key driver now is that it’s cheaper to go clean.”

However, Mabey stressed that the low cost cheap does not necessarily mean a swift adoption of green solutions “especially for developing countries suffering from COVID-19”.

“They haven’t got the money to invest in the new clean technologies which would be better for them economically and for their people,” he said, adding that the key thing was to make “access to finance and access to new technologies affordable for poorer countries” in order for them to benefit from the clean energy revolution. 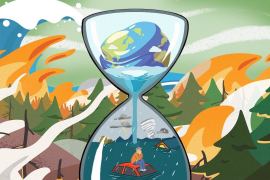 Five years on from the Paris Agreement, we are at a turning point

A potential ‘green recovery’ from the COVID-19 pandemic may be our best opportunity to realise the Paris climate goals. 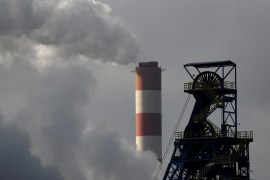 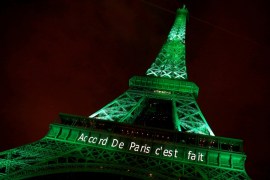 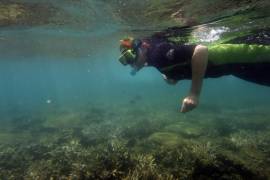 IUCN report says more than a third of world’s heritage sites are of ‘significant concern’ or ‘critical’.