United States lawmakers have slammed Saudi Arabia for the sentencing of a prominent US-Saudi doctor to six years in prison, calling the charges against Dr Walid Fitaihi “baseless and politically motivated”.

In a statement on Thursday, five Democratic US senators called on the Saudi authorities to immediately drop the charges and release Fitaihi, as well as lift travel restrictions against his family.

“We are appalled that Walid Fitaihi has been sentenced to six years in prison by a Saudi court on politically motivated charges,” the senators said.

“The Saudi government should immediately release Dr. Fitaihi, lift the travel ban on his family, and drop these baseless and politically motivated charges.”

US lawmakers and officials from the administration of US President Donald Trump have repeatedly called for the release of Fitaihi, a dual Saudi-American citizen and Boston-area physician who was one of several people rounded up in a 2017 anti-corruption probe ordered by Saudi Crown Prince Mohammed bin Salman.

The groups said in a statement on Thursday that the charges include obtaining a foreign nationality without permission from the Saudi authorities, offending other countries and their leaders, and “breaking allegiance with the ruler” by sympathising with a “terrorist” group.

“The message to Saudi citizens is clearly that any expressed view that contradicts official Saudi domestic or foreign policy will lead straight to prison.”

Fitaihi, who is free pending appeal, and seven of his family members, who are also US citizens, have been barred from travelling since November 2017, the rights groups said, and the family’s assets have also been frozen since that year.

The case has drawn the attention of Trump administration officials and US lawmakers, the latter of whom have stressed that Fitaihi’s continued detention could impact US-Saudi relations.

However, the Trump administration has remained a staunch defender of Saudi Arabia and its de facto leader, the crown prince, despite calls from rights groups to hold the Gulf kingdom accountable for its human rights record and detention of activists.

Saudi authorities' railroading of Dr Walid Fitaihi under broad charges shows that the government has no intention of loosening its clampdown on peaceful critics.

In 2019, The New York Times reported that Fitaihi was allegedly tortured while in Saudi detention.

Fitaihi reported being dragged from his room in Riyadh’s Ritz-Carlton hotel, where he was being detained, then told a friend he was “blindfolded, stripped of his underwear and bound to a chair”, the newspaper said.

His son, Ahmed, also appealed to US lawmakers last year to help free his father.

“I’m sure you understand how confusing it is to see this man being dragged and beaten and electrocuted. This doesn’t make any sense at all,” Ahmed Fitaihi said. “He’s dedicated his entire life to making peoples’ lives better.” 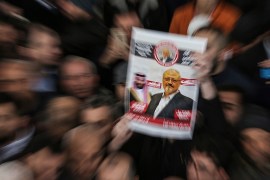 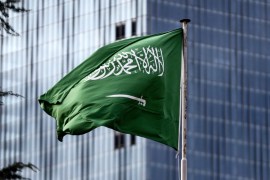 In 2017, Fitaihi was one of about 200 prominent Saudis detained at Riyadh Ritz-Carlton hotel. 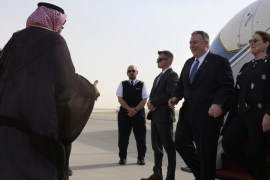 Top US diplomat says he plans to bring up case of jailed Saudi-American doctor Walid Fitaihi with kingdom’s leaders.