An eight-year struggle for the freedom of a majestic five-tonne Asian elephant finally came to an end as a transport plane flew out Pakistan and into Cambodia to drop him off on Monday.

American singer Cher – a longtime advocate for Kaavan’s freedom – was on the tarmac at the airport of Cambodian city Siem Reap to greet the elephant and meet the vets who accompanied him on his long journey in a custom-made crate, with more than 200kg (440 pounds) of food to keep him busy.

Animal rescue organisation Four Paws, based in Vienna, said 36-year-old Kaavan – who spent most of his life at an Islamabad Zoo without a companion – would be released from his crate in daylight on Tuesday at a sanctuary with 600 fellow pachyderms. 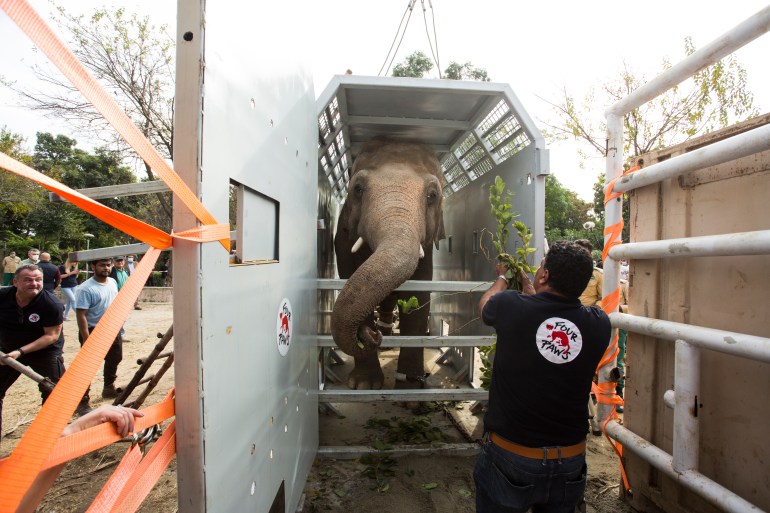 Kaavan, a 1985 gift from Sri Lanka to Pakistan, had been living in the Marghazar Zoo in Islamabad with his partner Saheli, who died in 2012.

The zoo fell on hard times and conditions got so bad that a court in the Pakistani capital ordered it closed in August.

The plight of the male Asian elephant has captured worldwide attention.

“Kaavan has become a symbol of hope and freedom for the hundreds of captive elephants all around the world,” said Owais Awan, a lawyer who was part of the relocation project.

Marion Lombard, Four Paws’ deputy mission leader and project development officer, was part of the team that accompanied Kaavan on his journey from Islamabad to Siem Reap.

She told Al Jazeera she had mixed emotions with excitement and happiness for the elephant’s freedom from a small enclosure, but said at the same time she is also a bit sad.

“I’ve been quite moved by people who fought very hard for Kaavan. I am thrilled to see that Kaavan will start another chapter in his life,” said Lombard.

Kaavan was greeted with fanfare and media as the hand-painted crate made its way down the ramp.

Monks greeted Kaavan with welcome rituals and offerings upon his arrival in Cambodia. 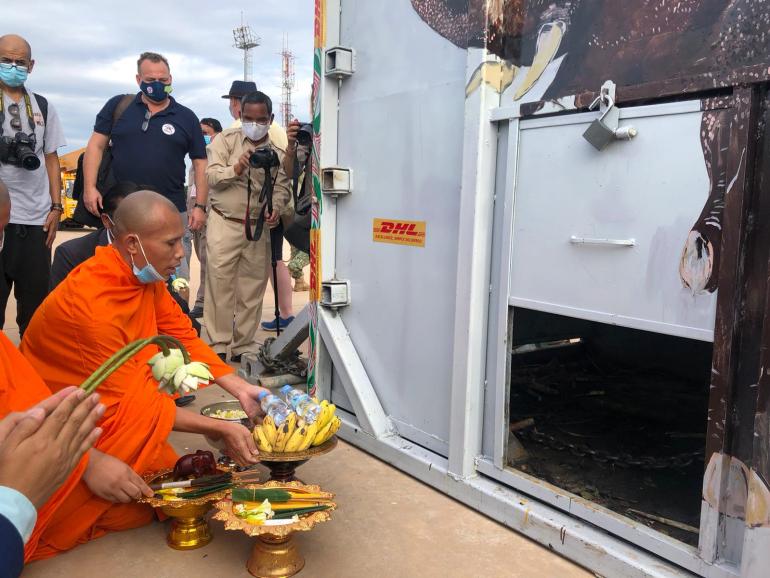 There was an international team in place that made the journey possible comprised of Four Paws, Free the Wild – which is led by Cher – and Eric Margolis, a US businessman who helped make the trip possible. 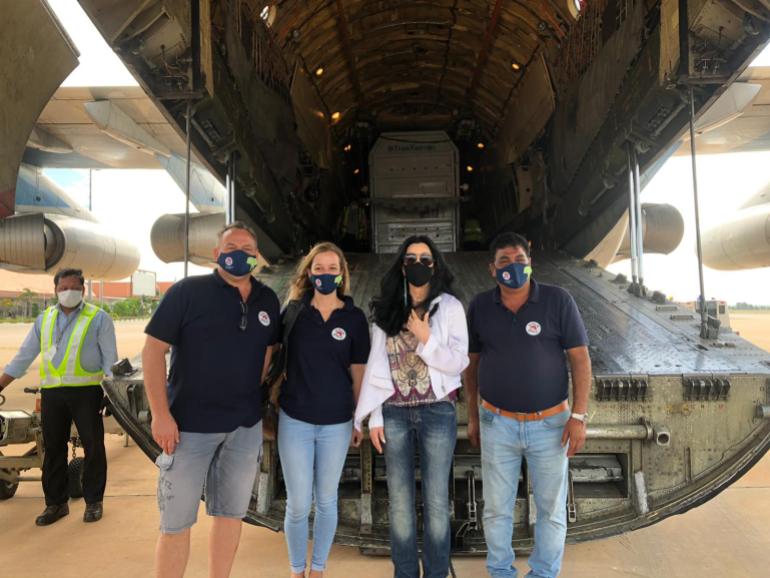 Cher arrived in Islamabad this past week and met Prime Minister Imran Khan to thank him for his government’s efforts in Kaavan’s release.

Just Came From Meeting To Thank Prime Minister Imran Kahn For Making It Possible For
Me To Take Kaavan To Cambodia. Kaavan Will Be Able To Leave For Cambodia On The 29. Think Documentary Will Be Heartwarming🙏🏻.

Kaavan will first go through a quarantine period and will slowly be given access to enclosures to get used to the new surroundings.

In time he will be introduced to three female Asian elephants at the sanctuary, which will be a supervised effort to avoid any aggression from either side.

Lombard explained how Khalil developed a special bond with Kaavan and both will stay in Siem Reap for the transition period.

“We’ve handed him over and where he is going, the Cambodia Wildlife Sanctuary, has great experience and very well trained staff to handle elephants – particularly abused, traumatised and rescue elephants.”

Khalil told Al Jazeera from Siem Reap he was not worried about Kaavan’s health or transition. What is most important is how he socialises with other elephants, he said.

“I’ve never bonded with an animal like I did with Kaavan and he finally found a friend in me, but with other elephants he can have more friends that speak the same language … and have someone who can hear you,” said Khalil.

“Especially because he was so lonely for so many years. Elephants have great memories, he’s witnessed so much and he’s going to have great stories to tell his new lady friends.”