At least 18 Burundian refugees and asylum seekers have been forcibly disappeared from refugee camps in Tanzania over the past year, according to a new report by the Human Rights Watch (HRW).

Many were tortured at a police station in Kibondo, Tanzania, the report says. Seven remain missing, while three were released after several weeks.

Eight were handed over to authorities in Burundi and imprisoned “in abysmal conditions” without due process, indicating collaboration with Tanzania’s police and intelligence services, the report says.

The report highlighted both the pressure on refugees to go home and alleged continuing repression under Burundi’s new president.

Many of the 150,000-plus refugees in Tanzania had fled deadly political turmoil in 2015 when Burundi was accused of cracking down on protests over late President Pierre Nkurunziza’s ultimately successful bid for another term.

The United Nations’ human rights office was expelled from the country after it reported more than 300 extrajudicial killings. Burundi’s government denied it targets its people.

Now, speaking from prison in Burundi, some of the recently abducted refugees describe being accused of involvement with unnamed armed groups and of seeking to cause trouble, with few details.

In some cases, the refugees were told during their interrogation in Tanzania that the police and intelligence officials had received information about them from the Burundian authorities.

They told of being tortured, including being hung from the ceiling by their cuffed hands by the Tanzanian police who also “gave them electric shocks, rubbed their faces and genitals with chilli and beat and whipped them”, the report says.

“We screamed as if we were crucified,” one refugee told the rights group, and said police demanded the equivalent of $430, money he did not have.

When given the choice to remain detained or be turned over to Burundian authorities, he chose to return.

‘They were told they would be freed’

“We don’t know what the trigger was,” HRW’s Africa’s director, Mausi Segun, said, adding that the abductions began around the time that campaigning was heating up in Burundi’s latest election late last year.

It is not clear whether more people have disappeared since the election in May, she added.

The eight refugees who agreed to return to Burundi “chose to go back because the pain was incredible” from the torture they received and because they could not afford the fees being extorted from them, Segun said.

From prison, she said, some described having their faces covered and their hands bound and being driven to the border, then taken to Bujumbura and questioned again by national intelligence authorities.

“They were told they would be freed, but nothing happened,” Segun said.

A woman in Tanzania spoke about her husband’s disappearance to the Associated Press news agency, saying local police had threatened her with arrest when she tried to learn his fate.

Then she went to the office of the UN refugee agency and was told they were monitoring the case.

Eventually, after getting nowhere, “I decided to no longer follow the case because I didn’t want my children to be orphans”, she said. “Until now, I don’t know where he is.”

No response from Tanzanian government

The UN refugee agency told HRW it has repeatedly expressed concern to Tanzanian authorities over the disappearances, and that the government said a “high-level investigation was underway”.

The UN agency said it has heard no results.

It is not clear whether Tanzania’s government at the highest levels is aware of what was happening, Segun said.

“There has been no response from the Tanzanians, which is not surprising.”

The rights group in the past has documented pressure by Tanzanian authorities on refugees to go home.

Authorities in Burundi also have not responded to the allegations.

New President Evariste Ndayishimiye has urged the refugees in Tanzania to return.

But Segun said his administration looks “more or less the same” as that of the late President Pierre Nkurunziza.

“The same people in office during those horrible years in Burundi remain in office,” Segun said, echoing the assessments of other human rights groups in recent months. 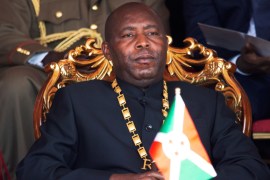 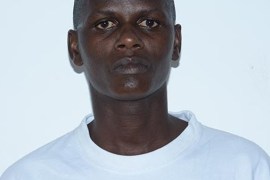 On International Day of the Disappeared, experts describe the plight of those who have gone missing and their families.