French President Emmanuel Macron was “very shocked” by images purporting to show a Black music producer being beaten up and racially abused by Paris police, BFM TV reported, quoting comments given to it by the presidency.

French authorities are investigating allegations that the music producer was physically assaulted and racially abused during a police check after CCTV footage of the incident was released.

The beating inside the entrance of a building was captured on closed-circuit television and mobile phone footage which circulated online and was headline news on French TV channels.

Interior minister Gerald Darmanin told France 2 television on Thursday the officers would be sanctioned if the alleged wrongdoing was confirmed.

Michel, victim of racist police violence in Paris, stresses that if it was not for CCTV capturing the incident, he would be locked up right now and the police's lies about him would have been accepted and spread far & wide. How many other victims have not had this 'luck'? https://t.co/jMG1fM3bfH

The alleged victim, who has only given his identity as Michel, told reporters he was jumped on by police at his music studio in Paris’s 17th arrondissement (district) on November 21.

He said he had been walking in the street without a face mask – against French COVID-19 health protocols – and, upon seeing a police car, went into his nearby studio to avoid getting a fine.

However, he said, the police followed him inside and began to assault and racially abuse him.

Speaking to reporters on Thursday, he said: “I did nothing to deserve this … I’m lucky, unlike many others, because I have this video to protect me.”

A video of the incident shared by the online news site Loopsider has been shared more than 70,000 times.

Waqas Tufail, senior lecturer in criminology, tweeted: “Yet more police brutality in France Black music producer Michel was beaten and racially abused for over 15 minutes by a group of police officers who did not know they were being filmed. Under proposed new legislation, it will be a criminal offence to film police officers.” 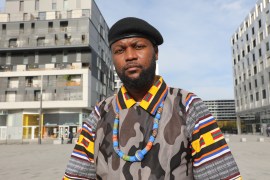 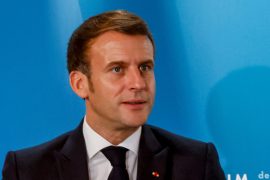 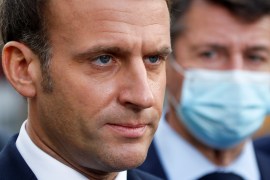 Is academic freedom under threat in France?

Why did the Senate recently try to make academic freedom in France conditional on respecting the values of the Republic? 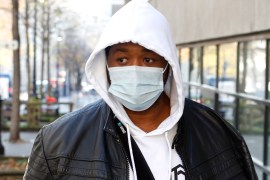 Officers suspended for attacking the man in the incident which comes as France tries to criminalise filming police.