A senior leader of India’s Congress party has died of COVID-19-related complications, his family said, a second veteran from the opposition group to die of the novel coronavirus in recent days.

Ahmed Patel, a legislator who was party treasurer and was seen as close to the Gandhi family who leads the party, was diagnosed with COVID-19 a month ago and died of multi-organ failure on Wednesday, his family said in a statement.

“I have lost an irreplaceable comrade, a faithful colleague and a friend,” Congress president Sonia Gandhi said in a statement.

Senior journalist Raheed Kidwai, who has covered the Congress party for years, said Patel would be sorely missed by the Gandhi family.

“Backed to the hilt by Sonia Gandhi, Ahmed Patel, aka Bhai, had remained a go-to person for almost two decades,” he wrote.

The epithet ‘back room politician’ fitted Ahmed Patel more than any other neta I have known. He genuinely liked staying out of the limelight, man of few words, was a problem solver, never offended anyone, never showed off his power, fiercely loyal to his party and leader. RIP

Prime Minister Narendra Modi offered his condolences on the death of Patel, who was from the Gujarat state.

“Saddened by the demise of Ahmed Patel Ji. He spent years in public life, serving society. Known for his sharp mind, his role in strengthening the Congress Party would always be remembered. Spoke to his son Faisal and expressed condolences. May Ahmed Bhai’s soul rest in peace,” he tweeted.

Earlier this week, another Congress veteran, Tarun Gogoi, died of health complications after contracting the virus in the northeastern state of Assam, where he had been the chief minister for 15 years.

India on Wednesday reported 44,376 new infections and 481 new deaths from the coronavirus, data from the health ministry showed. India has recorded a total of 9.22 million infections, the second-highest in the world after the United States, and nearly 134,700 deaths.

Single-day cases stayed below the 50,000 mark for the 18th straight day, according to a Reuters tally, but government officials and health experts have warned of a potential spike in the country after the busy festive season. 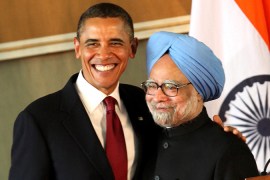 Obama’s blunt impressions of India’s leaders in his new book, A Promised Land, has caused ripples in political circles. 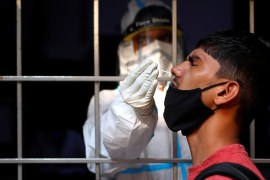 India is the world’s second-worst-hit country by the pandemic behind the US though cases have declined in recent weeks. 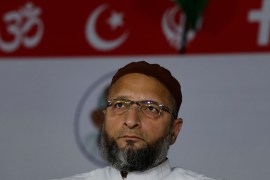