The attack was confirmed later on Monday by a Saudi official quoted by the Saudi state news agency (SPA), who said a fire broke out in a fuel tank at a petroleum products distribution station in north Jeddah “as a result of a terrorist attack with a projectile”.

The official said firefighting teams managed to extinguish the fire, with no injuries or casualties, adding that Saudi Aramco’s supply of fuel to its customers was not affected.

The oil company’s production and export facilities are mostly in Saudi’s Eastern province, more than 1,000km (621 miles) across the country from Jeddah.

Announcing the attack, a military spokesman for the Houthis warned “operations will continue”.

Yahya Sarea said the attack was carried out with a Quds-2 type winged missile. He also posted a satellite image with the label: “north Jeddah bulk plant-Saudi Aramco”.

“The strike was very accurate, and ambulances and fire engines rushed to the target,” Sarea said.

Yemen has been mired in conflict since a Saudi-led coalition intervened in March 2015 to restore the Yemeni government removed from power in the capital Sanaa by Houthi forces in late 2014.

Cross-border attacks by Houthi forces have escalated since late May when a truce prompted by the novel coronavirus pandemic expired. The Saudi-led coalition has responded with air strikes on the Houthi-held territory.

The Houthis control most of north Yemen and most large urban areas. They say they are fighting a corrupt system.

Sarea said the strike was carried out in response to the Saudi-led coalition’s actions in Yemen.

The claimed attack came just after a visit by outgoing US Secretary of State Mike Pompeo to the kingdom to see Crown Prince Mohammed bin Salman.

The kingdom also just hosted the annual G20 summit, which concluded on Sunday. 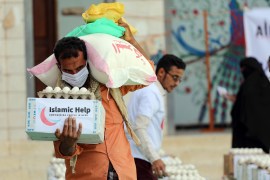 Guterres’ warning comes as the US threatens to blacklist the Houthis, raising fears aid delivery will be blocked. 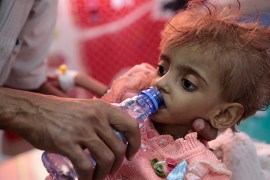 UN calls Yemen the world’s worst humanitarian crisis with 80 percent of the population of 30 million in need of aid. 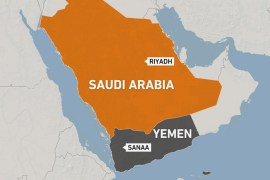