Social worker and activist Jolovan Wham appeared in a Singapore court on Monday morning accused of illegal assembly after standing alone outside a police station holding a placard with a hand-drawn smiley face in March.

Wham, who has had a number of run-ins with the authorities in the tightly controlled city-state, wore a white T-shirt emblazoned with a smiley face and matching mask on his way to court.

The charges stem from an incident in March when Wham stood outside a police station to show his support for young climate change activists who had been questioned by police over similar single-person protests. Singapore has strict laws on public assembly – even though the freedoms are enshrined in its constitution – and tightly controls the media and freedom of speech and expression.

My guilt is plain for all to see. On my way to the State Courts! pic.twitter.com/MVOWPVfmlM

Under Singapore law, residents are allowed to participate in public assemblies without a permit only at ‘Speakers Corner’ – part of a small public park in the city – and even a solo protest is outlawed without police permission.

In 2018, performance artist Seelan Palay spent two weeks in prison after one of his performances, during which he walked with a mirror out of the park to Singapore’s parliament building, was deemed an illegal procession.

Wham began a smileinsolidarity social media campaign after the charges were announced on Friday, asking others to post pictures of themselves with smileys to show their support.

Local media reported 40-year-old Wham was also charged under the Public Order Act over an incident that took place in December 2018 when he stood alone outside the State Courts with a placard urging charges of criminal defamation be dropped against website editor Terry Xu and writer Daniel De Costa over an article on alleged corruption. The charge also carries a maximum fine of 5,000 Singapore dollars ($3,725).

Wham is expected back in court on November 27.

In August, Wham spent two weeks in jail after he was found guilty under the Public Order Act of illegal assembly after organising a private forum in 2016 at which Hong Kong pro-democracy activist Joshua Wong spoke over Skype. Wham went to jail rather than pay the 2,000 Singapore dollar ($1,490) fine. 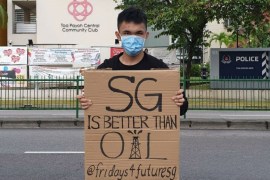 Young people questioned by police after sharing photos of themselves criticising oil companies on social media. 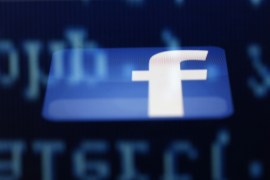 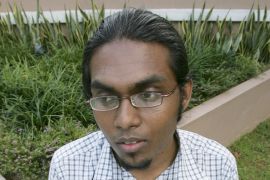 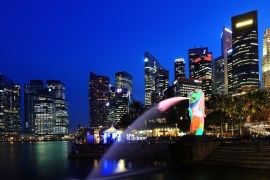 Singapore: The House That Lee Built