Kyle Rittenhouse, the teenager charged with fatally shooting two men and wounding a third at a demonstration in Kenosha, Wisconsin, was released on Friday on a $2m bond, multiple news outlets reported.

The teenager was freed after his lawyers posted the bond for murder and other charges stemming from the August 25 shootings that occurred during a summer of widespread racial justice protests in the United States.

It was unclear where the money came from, but his lawyers had led a drive to raise the money from donations.

His sister, Wendy Rittenhouse, also has made media appearances asking the public for donations for his bail.

Rittenhouse, 17, is accused in connection with events that took place at a demonstration following the fatal shooting of Jacob Blake by a police officer days earlier.

The shooting occurred amid mass protests across the US that broke out after the death of George Floyd in Minneapolis police custody.

Rittenhouse was extradited to Wisconsin from neighbouring Illinois on October 30 after his lawyer’s efforts to block the interstate extradition were rejected.

The teenager’s lawyer, John Pierce, had argued the charges are politically motivated and that extraditing Rittenhouse to Wisconsin to face homicide charges would violate his constitutional rights.

Prosecutors have also charged a friend of Rittenhouse with illegally providing the teenager with a rifle that he allegedly used in the fatal shootings.

Rittenhouse told the Washington Post on Thursday that he arranged for an adult friend to buy the rifle with a government stimulus cheque.

Rittenhouse also told the newspaper that he does not regret buying the gun. 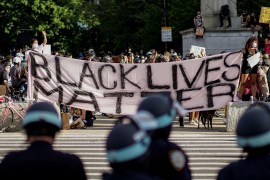 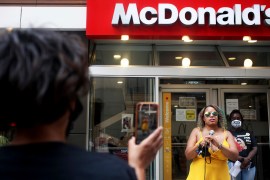 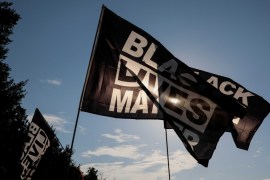