The US military is purchasing private information gathered from apps around the world, including several used by Muslims that have been downloaded nearly 100 million times, a news report says.

An investigation by the online magazine Motherboard published on Monday found the US Special Operations Command was procuring location data from several companies.

The most popular app among those targeted was a Muslim prayer and Quran app called Muslim Pro, with more than 98 million downloads worldwide. Others included a Muslim dating app.

Based on public records, interviews with developers, and technical analysis, the Motherboard investigation noted some companies obtain app location data when advertisers pay to insert their ads into peoples’ browsing sessions.

The US military confirmed the news report.

“Our access to the software is used to support Special Operations Forces mission requirements overseas,” Navy Commander Tim Hawkins was quoted as saying. “We strictly adhere to established procedures and policies for protecting the privacy, civil liberties, constitutional and legal rights of American citizens.”

One of the companies involved in selling the location data, X-Mode, has said it tracks 25 million devices inside the United States every month and 40 million elsewhere – including in the European Union, Latin America, and the Asia-Pacific region.

Motherboard installed the Muslim Mingle dating app onto an Android phone and watched as it repeatedly sent exact geolocation coordinates along with the WiFi network name to X-Mode.

The investigation found other apps relaying location data include a step-counter app called Accupedo, the weather app Global Storms, and CPlus for Craigslist.

US Senator Ron Wyden told Motherboard that X-Mode also admitted selling data it collected to other “US military customers”.

The company defended the practice.

“X-Mode licenses its data panel to a small number of technology companies that may work with government military services, but our work with such contractors is international and primarily focused on three use cases: counter-terrorism, cyber-security and predicting future COVID-19 hotspots,” X-Mode told the online magazine. 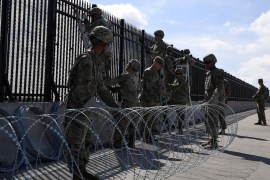 WSJ reports US agencies have arrested undocumented migrants based on phone data purchased from a commercial company. 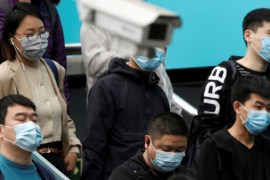 China’s parliament is set to approve a new law enshrining individuals’ right to privacy and protection of personal data. 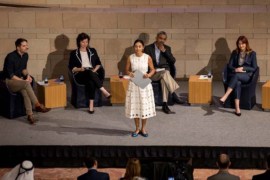 Technology: Ushering in world peace or an existential crisis?

Al Jazeera speaks to experts and grassroots workers on whether tech is a force for good or a tool in hands of powerful. 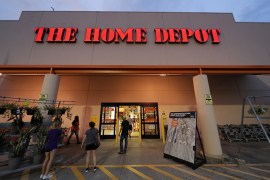 ‘Do not sell my info’: New California data privacy law to kick in

Shoppers will soon be able to opt out of allowing retailers and other companies to sell personal data to third parties.