Athens, Greece – Tensions are running high in Greece as protesters prepare to defy a coronavirus-related government ban on gatherings and go ahead with a march on Tuesday to commemorate the 1973 suppression of a student uprising.

On Sunday, Greek police issued a four-day ban on gatherings of more than three people that will end the day after the commemoration of the Polytechnic uprising of 1973, when at least 24 students were killed after a tank crashed through the gates of the university.

“We did not celebrate any of the things that unite us in 2020,” said Citizens’ Protection Minister Michalis Chrisochoidis, noting that other national holidays were cancelled due to the spread of COVID-19.

“The same will be the case with the Polytechnic anniversary,” he added on Friday, as he cancelled the march.

The uprising is regarded as a key moment in Greece’s contemporary history, as it led the following year to the downfall of the military regime that had ruled since 1967.

Beyond its original significance as a march against authoritarianism, the anniversary became an annual gathering with tens of thousands of people airing grievances against repression and social injustice, even after the demise of the military government.

The peaceful day-time demonstration running through central Athens has previously descended into clashes between some demonstrators and police as night fell – especially in Exarchia, the historical neighbourhood of the anarchist movement.

A union of judges and lawyers issued statements on Sunday deeming the government’s decision unconstitutional and calling for it to be “immediately revoked”.

While stressing the need to respect security measures, such as distancing and face coverings, members of the Communist party, as well as former finance minister and leader of the MeRA25 party Yanis Varoufakis said they will attend, despite warnings of police arrests.

So, it would be responsible/safe for our 9 MPs accept the gvt's 'offer' to go to the Polytechnic to lay a wreath. But, if the same 9 MPs march, keeping 2m between us, on the pavement, we shall be arrested for spreading Covid-19. Admit it: You support mindless state repression! https://t.co/0yWQfvSLW1

“There is no democracy without personal and collective responsibility,” said UK-based professor Dimitra Simeonidou, disagreeing with Varoufakis’s decision. “Our first and upmost responsibility right now is to keep each other safe.”

Simeonidou’s concerns are shared by many as Greece faces a second wave of COVID-19 amid concerns of an increasingly strained health sector.

Before the summer, Greece had a relatively low number of cases, but critics argue that the government failed to impose regulations on tourists entering the country after it lifted restrictions from the first lockdown.

‘A slip towards authoritarianism’

“This is a political decision that allows the government to hide behind the COVID-19 emergency, but this has been its politics: everything that goes wrong, the state offers the police as a solution,” said Antonis Faras, a member of the Synantisi initiative who has been active in the left-wing movement for over 10 years and is planning to attend the march.

The protesters say the ban follows the “law and order” narrative that won Prime Minister Kyriakos Mitsotakis the election in 2019.

In July, the government passed a law restricting the right to demonstrate by making police authorisation for demonstrations mandatory and holding organisers liable for harm or damages caused by protesters.

The government also pledged to set up police stations inside universities.

In an unprecedented move, authorities broke into the Polytechnic building on Friday and arrested more than 90 people who had occupied the building ahead of the march.

“If you lift the right to protest while maintaining medical protocols, that is a slip towards authoritarianism,” said Seraphim Seferiades, professor of political science at Panteion University in Athens.

“It is setting up a legal framework to scare people,” said Seferiades.

“Many would have participated [in future] to say that the government must make investments in public transportation, acquire more intensive care units from the private sectors.

“So they do understand the pandemic is real. But the government, rather than implementing all necessary measures to curb the spread of the virus, it bans the protest for COVID-19 related concerns. This is quite a paradox.” 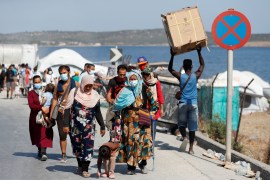 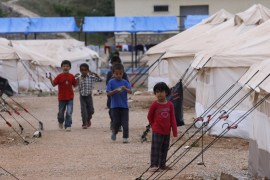 The 61-year-old Afghan father of two died in hospital in Athens where he had been receiving treatment. 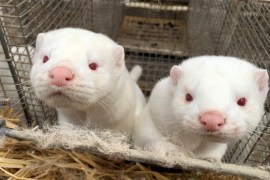