Police in the Philippines said the death toll from Typhoon Vamco has risen to 26, with dozens still missing or injured after the storm deluged Manila and its surrounding provinces, triggering some of the capital’s worst floods in years.

Fourteen people remain missing after Vamco, the 21st typhoon to hit the country this year, swept across Luzon, the Philippines’ main island.

Tens of thousands of homes were submerged by floods, as key highways turned into rivers.

Many people remained without power or water supplies on Friday morning, as the floods began to recede.

In Marikina City, one of the hardest hit areas of the capital, residents had begun to clean up sweeping debris and mud from their homes and piling mud-covered possessions – from washing machines to televisions, sofas and bicycles – onto the streets.

“We will only stop search and rescue when local officials tell us everyone has been rescued,” Mark Timbal, a spokesman for the disaster agency, told the radio station DZMM.

Many residents took refuge on rooftops and the agency said it had rescued around 6,000 people across the capital’s suburbs.

Among the casualties were two men who drowned and a child who was killed in a landslide in Camarines province, southeast of Manila.

The numbers are subject to verification by the disaster agency, which has, so far, recorded 14 deaths, with eight injured and 14 missing. The military has put the number of fatalities at 39 with 22 missing, suggesting the toll could rise further.

Authorities vowed to distribute food and other essentials to victims, many of whom were still cleaning up after typhoons Molave and Goni that killed dozens of people, destroyed tens of thousands of houses and knocked out power to swathes of the country in recent weeks.

Police, soldiers and the coast guard have been deployed to assist in the rescue efforts, with operations made more complicated by the coronavirus outbreak.

Virtual classes and government work remain suspended in Luzon, home to half of the Philippines’ 108 million population.

“Unfortunately we couldn’t do anything about the floodwater which rose too fast… but we made sure no one will be left behind,” he said.

Officials said many people had ignored orders to evacuate their homes and the fast-rising waters caught them by surprise.

Vamco, the eighth typhoon to hit the Philippines in the past two months, is now gaining strength and heading towards Vietnam, where devastating floods and mudslides during the past month have killed at least 160 people. 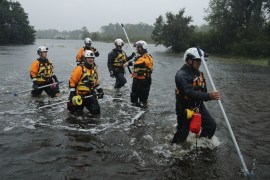 How should we face the challenge of climate change?

Signs of climate change are everywhere, with what were once extreme weather events becoming increasingly commonplace. 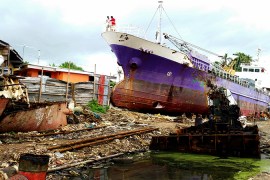 We returned to the Philippines in 2014 to see how survivors of Typhoon Haiyan were coping in the hardest-hit areas. 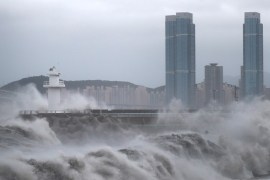