India and China are formulating a plan that involves creating no-patrol zones, pulling back tanks and artillery, and using drones to verify the withdrawal, as the nuclear-armed Asian rivals seek to end a dangerous military standoff in the western Himalayas, Indian officials say.

Tensions have run high since June when at least 20 Indian soldiers were killed after being attacked by Chinese troops using rocks and clubs. Indian officials say the Chinese troops had intruded across the disputed border in a remote valley. China said the Indian soldiers’ actions had been provocative.

Since then, the nuclear-armed Asian neighbours have deployed tens of thousands of troops on the rugged frontier between India’s Ladakh region and the Chinese-held Tibetan plateau, raising the risk of further confrontation even while looking for ways to de-escalate.

After months of fitful progress, the two sides are discussing a staggered disengagement from the high-altitude desert where temperatures have dipped to 18 degrees below Celsius, three Indian government officials told Reuters.

“We have a firm plan for disengagement on the table, it is being internally discussed on both sides,” said one of the officials, speaking on condition of anonymity because of the sensitivity of the situation.

Under the plan that was shared during a meeting of top commanders last Friday, both sides will pull back from the contested Pangong Tso lake area and establish a buffer zone.

Chinese soldiers will dismantle defence structures on several hilly spurs overlooking the lake and pull back, the officials briefed on the discussions said.

India, which has occupied heights on the lake’s south bank, will also withdraw. Both sides will cease patrolling certain sections.
The 3,800-km (2,100 miles) long India-China border is undermarcated, and the two countries went to war in 1962.

While there have been recurrent incidents down the years, troops from both sides have largely abided by a long-standing protocol to avoid firing weapons on the high altitude border, although some warning shots were fired in September.

India’s defence and foreign ministries declined to comment on the specifics of the latest negotiations.

“When we have something to share, we will share. Discussions are ongoing,” foreign ministry spokesman Anurag Srivastava said.

The three officials said that military commanders from both sides could meet within a week for further discussions on disengagement.

There was no immediate comment from China, but the state-controlled Global Times newspaper cited unnamed sources saying a disengagement plan was under discussion where India would first withdraw troops who had “illegally crossed lines” south of Pangong Tso.

Qian Feng, director of the research department at the National Strategy Institute at Tsinghua University, told the Global Times that the plan described by the press in India shows its interpretation of the outcome of previous talks, but also to some extent, “reveals the actual unilateral thought of Indian militaries”.

“However, it cannot represent the result the two sides have reached, nor will it be the final plan,” Qian said.

Finding a mutually acceptable sequence for withdrawal could be complicated. Indian troops currently occupy heights on the southern shore of the lake, overlooking Chinese positions.

“If we empty out from there, there is nothing to negotiate,” a second Indian official said.

Under the plan outlined by Indian officials, tanks and artillery that two sides had deployed following the clash in June would be moved back from the frontline.

They were also discussing a way to verify the troop withdrawal including the use of drones over the disputed areas at specific times each day, one of the Indian officials said.

“If you are going to establish buffer zones, verification is the key to this,” the official said. 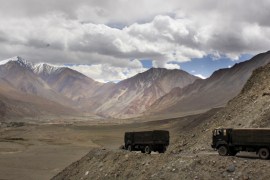 In joint statement, Wang Yi and S Jaishankar say current situation on border is ‘not in the interest of either side’. 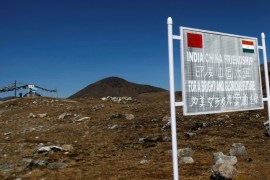 Global Times says the release comes as tense situation seems to be ‘cooling down’ after high-level official meetings. 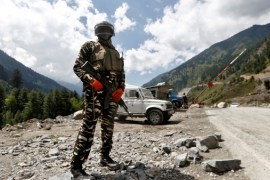 After long standoff, senior military officials from both countries have discussed the contested Himalayan border.