China has congratulated US President-elect Joe Biden, who won the November 3 election that President Donald Trump has not conceded, nearly a week after the former vice president clinched enough states for the win.

“We understand the results of the US election will be determined according to US laws and procedures,” he added, repeating Beijing’s earlier stance.

Trump’s refusal to accept defeat has put Beijing in an awkward position, with China loath to do anything to antagonise Trump, who has mounted court challenges to the balloting and remains in office until the January 20 inauguration.

Biden, who leads by more than 5 million in the popular vote, cemented his victory late on Thursday by winning Arizona, the US networks said.

Trump has repeatedly claimed the election was hindered by fraud, and retweeted a baseless claim on Thursday that an election equipment maker “deleted” 2.7 million votes for him nationwide.

US election officials said there is no evidence of compromised ballots or corrupt voting systems in the November 3 election.

Shortly after Biden’s win following days of ballot counting in several swing states, numerous US allies offered congratulations, while the leaders of China and Russia were among conspicuous holdouts.

In 2016, Chinese President Xi Jinping sent congratulations to Trump on November 9, a day after the election.

Relations between China and the US are at their worst in decades over disputes ranging from technology and trade to Hong Kong and the coronavirus. The Trump administration has unleashed a barrage of sanctions against Beijing.

The two clashed in a bruising trade war over US demands, including greater access to China’s markets, broad reform of a business playing field that heavily favours Chinese firms, and a loosening of heavy state control by Beijing.

In January, a deal was signed between the two – bringing a partial truce that obliged Beijing to import an additional $200bn in American products over two years, ranging from cars, machinery and oil to farm products.

But it is far from certain that relations will improve under a Biden administration, with the Democrat outspoken during his campaign on China’s dismal human rights record.

His presidential campaign has also referred to the crackdown on the Muslim Uighur minority in China’s Xinjiang as a “genocide” – a campaign Beijing defends as vocational training to counter the threat of “terrorism”. 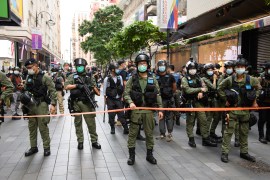 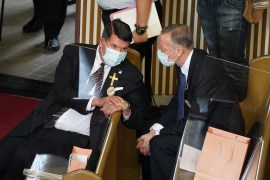 China urges US to stop boosting ties with Taiwan

Washington and Taipei are set to hold inaugural economic talks in the United States on November 20. 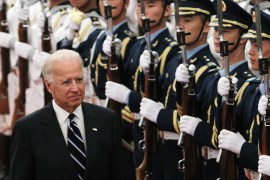 Most expect a more measured ‘competent’ approach to US-China foreign policy under a Biden-led administration.