Eleven of the men, arrested in countrywide raids in February, stand accused of the membership of a “terrorist organisation” and weapons law violations. The 12th alleged conspirator has been charged with supporting a “terrorist group”.

The federal prosecutor’s office could not immediately be reached for comment.

The four prime suspects planned to spark “a civil-war-like situation … via as yet undefined attacks on politicians, asylum seekers and people of Muslim faith”, federal prosecutors said in February.

According to media reports earlier this year, the group planned to use semiautomatic weapons to mirror attacks in Christchurch in March 2019 in New Zealand in which 51 people were killed at two mosques.

The suspects are believed to have founded a “right-wing terrorist organisation” with the goal of “destabilising and ultimately overthrowing” Germany’s democratic order.

Eight other suspects had allegedly agreed to “financially support the group, provide it with weapons or take part in future attacks”.

To plan their attacks, the group allegedly held regular meetings which were coordinated and organised by two of the main suspects, named only as Werner S and Tony E.

The suspects, all of whom are German citizens, also communicated using messenger apps.

Research from a counselling centre for victims of hate crimes showed that, in 2018, at least three right-wing, racist and anti-Semitic attacks occurred daily in five East German federal states – Brandenburg, Thuringia and Saxony. 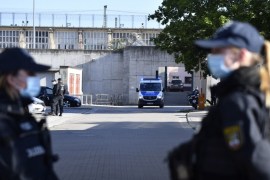 The 28-year-old man faces life in prison for shooting two people dead in October after failing to storm a synagogue. 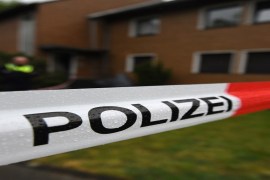 Police find weapons in house of 21-year-old man who was inspired by last year’s Christchurch massacre in New Zealand. 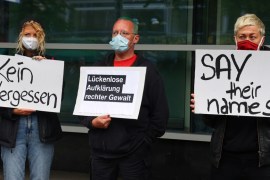 Two far-right supporters appear in court over case prosecutors believe to be motivated by ‘racism and xenophobia’. 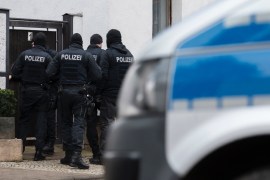